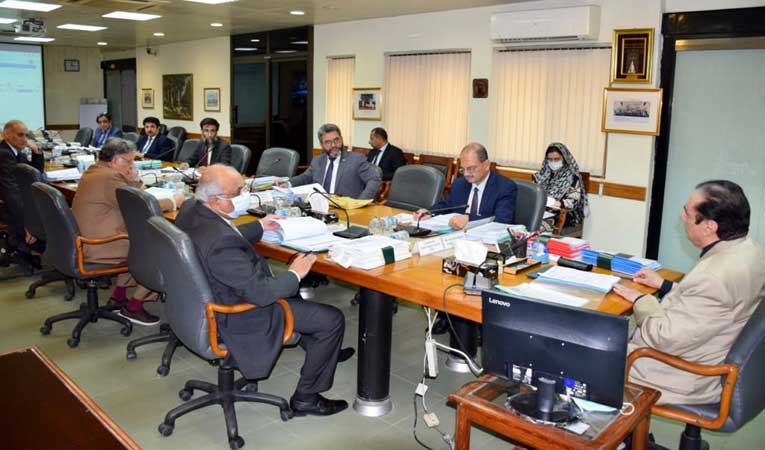 Briefing a meeting chaired by NAB Chairman Justice (Retd) Javed Iqbal to review the performance of NAB Sukkur, Director General of the bureau Mirza Muhammad Irfan Baig told that the bureau has handed over Rs 19.2 billion of the embezzlement amount out of Rs 27.8 billion to the Govt of Sindh after recovery. The recovery of embezzled wheat was done when there was acute shortage of wheat due to less production in 2019-2020. The Chief Secretary Sindh has also issued a letter of appreciation to NAB Chairman in this regard.

DG NAB Sukkur further informed that NAB Sukkur is committed to make corruption free society on the principles of merit, equity & justice in pursuance of mission of Worthy Chairman NAB regarding zero tolerance against corruption.

During the period from 2018 to 2020, NAB Sukkur filed 67 references in the Accountability Court Sukkur. During the said period, 32 accused persons were convicted and also fined to the tune of Rs. 880 million. Whereas, 242 accused persons were convicted, who returned Rs. 2.77 billion through Plea Bargain after approval by the Accountability Court Sukkur. DG NAB Sukkur also informed that the Sindh High Court Bench at Sukkur CP No. 1115/2009 in its judgment ordered for recovery of forest land in the entire Sindh province from illegal occupants/encroachers.

Consequently, out of land measuring 1,051,326 acres, an area of 874,163 acres has been mutated by the Revenue Department in favour of Sindh Forest Department. Whereas, the forest land more than 250,000 acres has so far been recovered from encroachers by NAB Sukkur. The efforts are under way to recover entire encroached forest land from grabbers.

During the meeting DG NAB Sukkur informed that the menace of electricity theft has also been addressed with joint efforts of SEPCO & NAB Sukkur and an amount of Rs. 7.9 billion in the year 2020 and Rs. 1.810 billion in the year 2021 has so far been recovered. He further informed the meeting that smuggling of Iranian oil is another sore area which compromised sale of PSO as well as the environment. NAB Sukkur tackled it through a prevention committee and checked the oil smuggling with the help of law enforcement agencies. PSO reported that the quantum of revenue of the government increased up to 61% in the months of November & December 2020 and saved an amount of Rs. 316.9 million due to increase in sales. PSO has acknowledged the fact in writing.

DG NAB Sukkur informed that there are 109 RO / UF water plants in Sukkur city which were not operational but now all of them are functioning due to the efforts made by NAB Sukkur in coordination with Public Health Engineering Department Sukkur under its prevention regime.

During the meeting Mirza Muhammad Irfan Baig, informed that NAB Sukkur has recovered Rs. 28.84 billion in convictions u/s 10 & 25 (B) of NAO, 1999, in wheat scam and electricity theft.

NAB Chairman appreciated the performance of NAB Sukkur under the supervision of Mirza Muhammad Irfan Baig, DG NAB Sukkur and hoped that NAB Sukkur will continue to perform in future with same zeal and commitment.