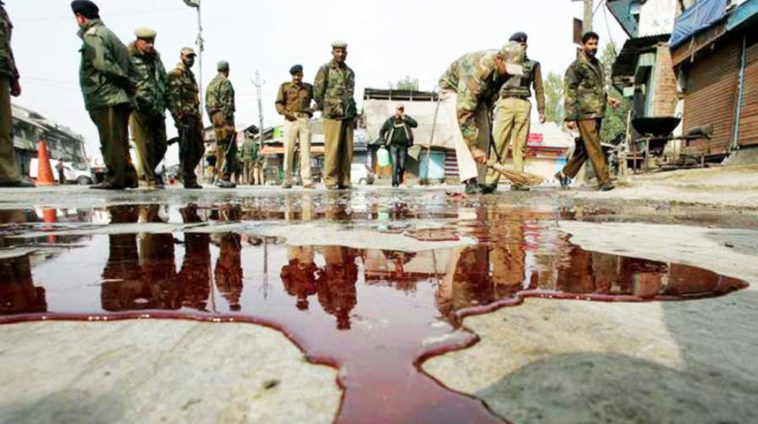 Pakistan on Friday told the UN General Assembly that India’s grave human rights violations in the occupied Kashmir and the accompanying Pakistan-India tensions continued to pose an ever present threat to international peace and security, and urged the Security Council to implement its own resolutions to resolve the decades-old dispute.

“The Kashmir dispute can be durably resolved through implementation of these Security Council resolutions,” Ambassador Munir Akram said during a debate on the annual report of the 15-member Council to the General Assembly.

“Unfortunately,” the Pakistani envoy said, “India persists in its policy of repression in occupied Jammu and Kashmir and in attempts to change its demography as the means to foreclose the exercise of the Kashmiris’ right to self-determination – a fundamental right promised to them by the resolutions of the Security Council.”

Noting that the February 2021 India-Pakistan understanding to fully observe the 2003 Ceasefire along the Line of Control (LoC) in the disputed Kashmir region was welcomed by UN Secretary-General Antonio Guterres as a ‘positive step’, with the hope that it would ‘provide an opportunity for further dialogue’.

“A constructive dialogue,” Ambassador Akram said, “is possible if India takes steps to create the necessary ‘enabling environment’, including the reversal of its unilateral actions of 5 August 2019 in violation of Security Council resolutions, including resolution 91 and 122,” which prohibited any steps to alter the status of the disputed territory of Kashmir.

In his remarks, the Pakistani envoy pointed out that the Council had become more ‘cloistered’ than ever before, with the absence of discussion, debate and interaction in open meetings on important issues of peace and security.

“The closed nature of the Security Council’s proceedings and the lack of transparency as illustrated in its Annual Report to the General Assembly, contributes to disguising the reality that global tensions have grown, conflicts proliferated and little progress made in addressing existing disputes, including the Jammu and Kashmir dispute,” Ambassador Akram added.

“The continuing oppression of the people of Kashmir and Palestine and countless other conflicts afflicting the Muslim world cannot be divorced from the rising phenomena of Islamophobia and the apparent impunity with which Muslim peoples and nations have been subjected to foreign intervention, aggression and occupation,” he said.

“For the past 20 years, hate and discrimination against Muslims has proliferated, even within some advanced and democratic countries.”