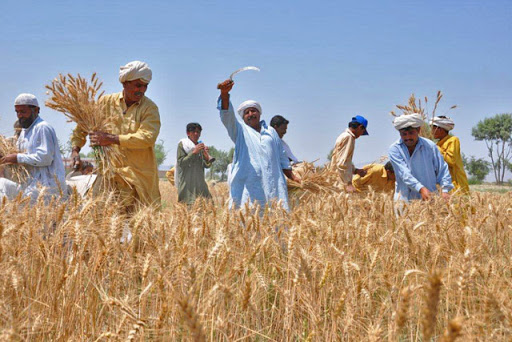 MULTAN: Farmers on Friday extolled the government decision for the provision of interest free loan worth Rs150,000 for every seasonal crop and said it would not only help farmers economically but also enhance agricultural productivity.

Some representatives of Pakistan Kissan Ittehad, Chaudhary Khalid Mahmood, Malik Ahmed Nawaz Asar, Shafique Aaraen, Ishnaaq Watto and some others said the provision of interest free loan for every seasonal crop was of vital importance, especially for the small farmers.

Earlier, the small farmers were unable to purchase pesticides, fertilizers and some other inputs timely which used to create trouble in enhancing their production, they added.

They said they had to borrow money on interest or purchase inputs at exorbitant prices from dealers. The dealers, usually, exploit small farmers by charging undue profit, they said adding however, the government’s interest free loan facility would be a blessing for the peasants.

They said it would also help boost the agriculture sector.

They further said that despite the role of the dealer being important it can cause a disaster if it remains unchecked especially with such a significant stature given to them in the agriculture sector.

The Farmers believe that the PTI government has proved that they are in fact pro-farmers and pro-working class.

They expressed satisfaction over pro-farmers policies of the incumbent government. They hoped that the agriculture sector would make rapid progress and also improve living standards of the farmers.