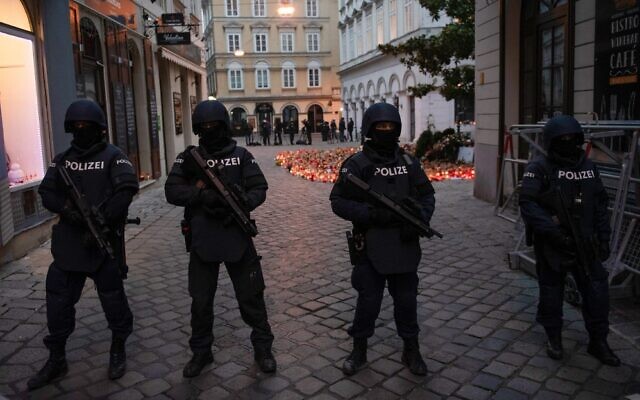 The suspects, described as “eastern European citizens”, produced “thousands of forged documents, also for the Vienna attacker and for foreign fighters”, police said in a statement. They were caught in a raid called “The Caucasian Job” after “a complex investigation” led by Milan prosecutors with the support of EU police agency Europol, the statement added. Turko Arsimekov, a 35-year-old Chechen asylum seeker who lived in the northern Varese province, was the group’s leader, the AGI news agency said, reporting from a press conference.

The suspects produced the fake documents “with extraordinary ease” in Ukraine, AGI quoted Milan anti-terrorism prosecutor Alberto Nobili as saying. The Italian probe stemmed from another anti-terror operation, conducted by Austria in late 2019, against “the possible planning of terrorist attacks in Europe”, police said. Investigators found “significant links” between Friday’s suspects and “international terrorist networks of religious origin and in particular” with the Vienna attacker. On November 2, convicted Islamic State sympathiser Kujtim Fejzulai killed four people in the Austrian capital before being shot dead by police.

It was the first major terrorist attack in Austria for decades and the first blamed on a jihadist.