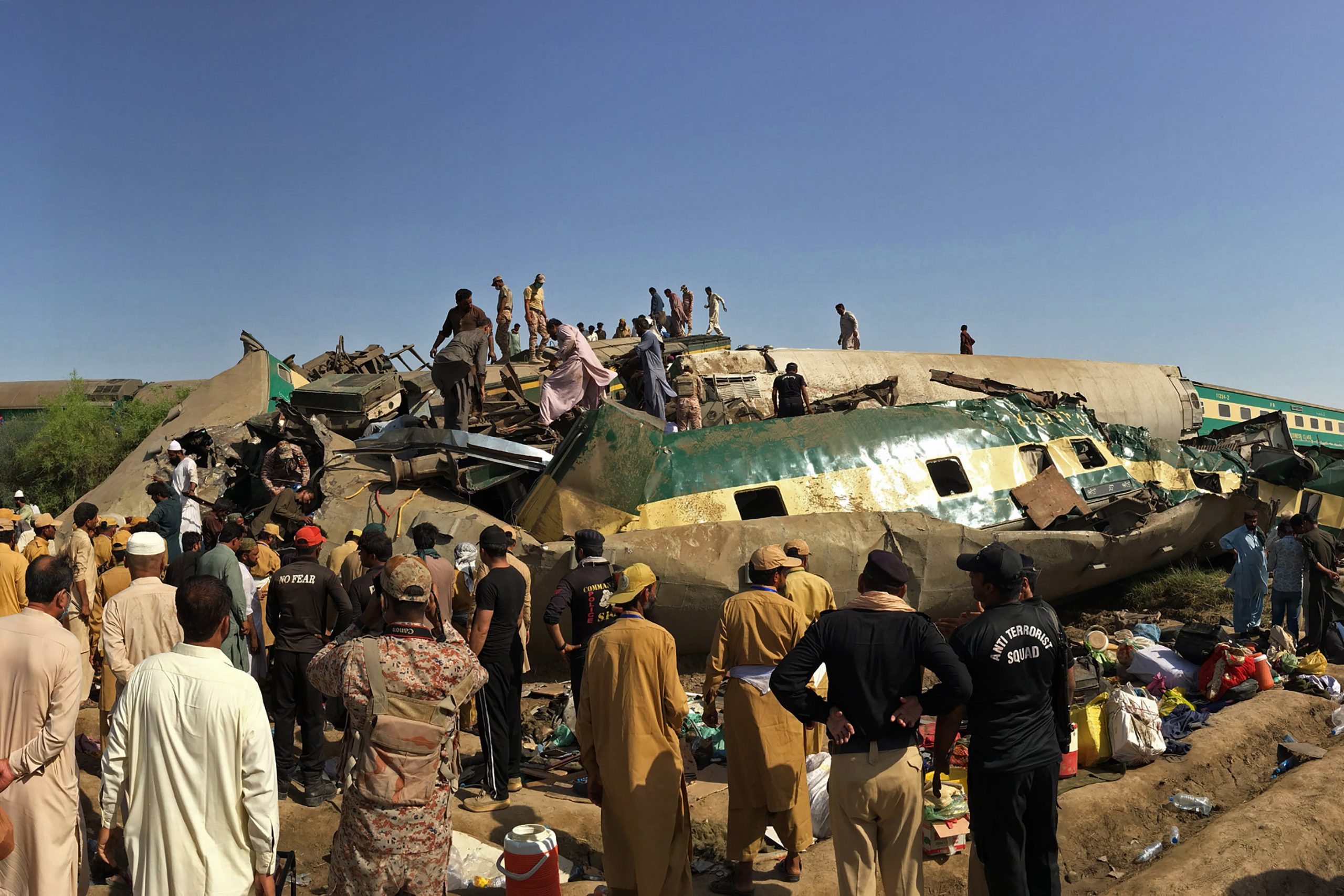 The Ghotki train accident took place after a track’s welding joint broke, causing the Millat Express train to crash onto a down track.

At least 63 people were killed and over 100 injured during the wee hours of Monday when Sir Syed Express and the Millat Express collided in Pakistan’s Dharki town near the Mirpur Mathello railway station.

The initial investigation report had been finalised and as per the report, 51 people had died in the crash. The accident took place when the welding joint of the up track’s right side broke, causing 12 coaches of the Millat Express to crash onto a down track. The Karachi-bound Sir Syed Express, as a result, collided with Millat Express’ coaches on the down track, causing the accident. The engine of Sir Syed Express and four coaches derailed as a result of the accident, said the report, adding that experts were retrieving data from the black boxes of both train engines. The report said that the data obtained from the black boxes will be included in the investigation report of the Federal Inspectors of Railways.