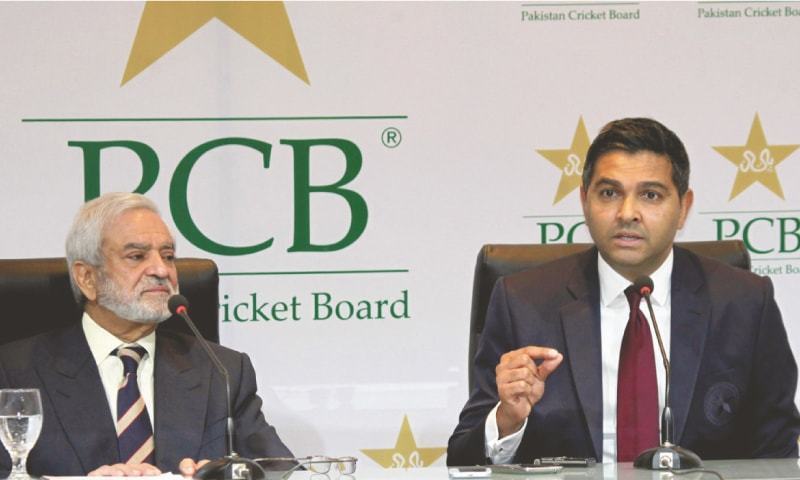 ISLAMABAD: Ehsan Mani, the Chairperson of the Pakistan Cricket Board (PCB), defended CEO Wasim Khan on Friday, claiming that no one in Pakistan is more competent than him.

During a meeting of the Standing Committee on Ministry for Inter-Provincial Coordination, he remarked this in answer to a query from MNA Iqbal Mohammad Ali (IPC).

“No one in Pakistan is as capable as Wasim Khan,” Mani informed the parliamentarians, eliciting chuckles from the audience.

“What has he done, for God’s sake? Many great cricketers, like Fawad Alam, were overlooked, and where is the merit in selecting players based on the advice of an MNA? ” Ali responded.

Gul Zafar Khan, another member, agreed with the remark.

Mani challenged this notion, claiming that everything was done on the basis of merit.

The PCB Chairman was also chastised by the NA committee for refusing to provide information of PCB officers’ salary with the House, particularly those of Wasim Khan.

In an in-camera meeting, he claimed he could disclose it.

“Does it have to be a state secret?” It has to be out in the open. An MQM-P MNA stated, “The PCB should not be shy of discussing salary details with the committee, which is made up of reputable Members of parliament.”

He went on to say that the PCB chairperson’s explanation did not satisfy him.

“Even the prime minister’s salary is not a secret.  All PCB workers’ salaries, including Wasim Khan’s, should be made public. There should be no ambiguity.

Iqbal also requested the Ministry of IPC to hold a public discussion on the planned sports strategy rather than discussing it with a limited group of people.

“It needs to be debated openly since the future of Pakistani sports is at stake. The policy must be debated in the committee meeting, not by the federations that have been chosen. Every internationally recognised sports federation must be trusted.”

The House was informed on the Olympic plans by IPC Secretary Mohsin Mushtaq. “Every arrangement for the big event, in which a selected Pakistan contingent would participate, is in order with the support of the concerned.”