Thousands rally against abortion in Croatia 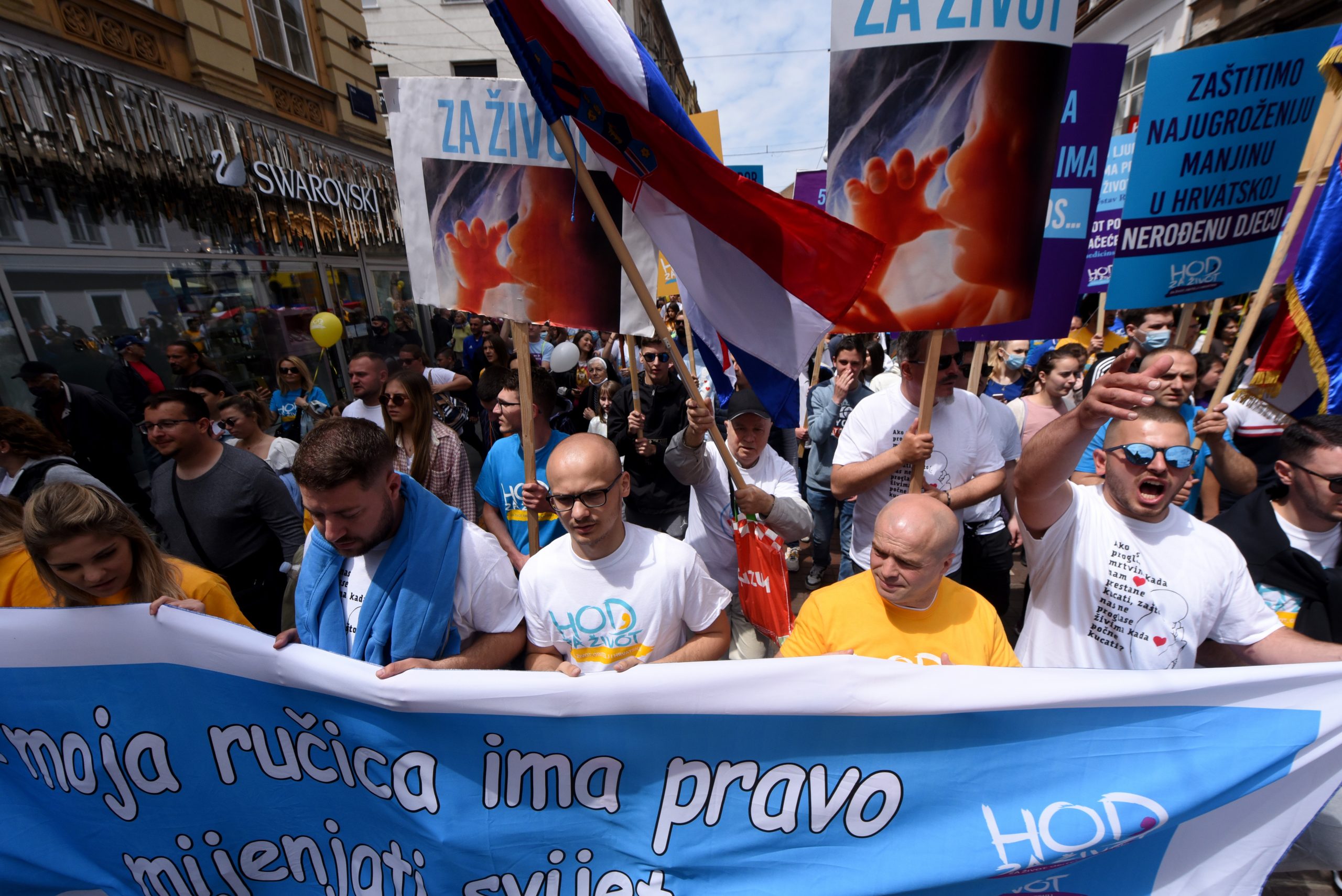 Thousands of anti-abortion demonstrators took to the streets on Saturday in Croatia, a largely Catholic country where human rights activists say reproductive rights are increasingly under threat.

The marchers in capital Zagreb, most of whom did not wear masks, waived Croatian flags, sang patriotic songs and carried banners such as “Unborn lives matter, too”. “It’s our duty to advocate for protection of every human life, including unborn children”, said Luka Hudincec, one of the organisers of the rally. Various left-wing and feminist groups opposed the march by standing on the sidewalk, chanting while wearing bloody aprons and carrying clothes hangers — a reference to illegal abortion. The annual rally, held for the sixth year, came only a day before local elections where polls overwhelmingly tip the left-green candidate to win over a conservative in Zagreb. “We expect the politicians who represent us on both local and national level to uphold the basic human right — the right to live”, one of the organisers who introduced himself as Stjepan said. Abortion is legal until the 10th week of pregnancy in Croatia under a 1978 law from when the country was still part of socialist Yugoslavia. But more and more doctors refuse to conduct the procedure on moral grounds, swayed by rising religious pressure. In 2017, the country’s top court ruled that the current legislation is outdated, and rights groups fear this could pave the way for more restrictions. Nearly 90 percent of Croatia’s 4.2 million people are Catholics and the Church plays a central role in society.