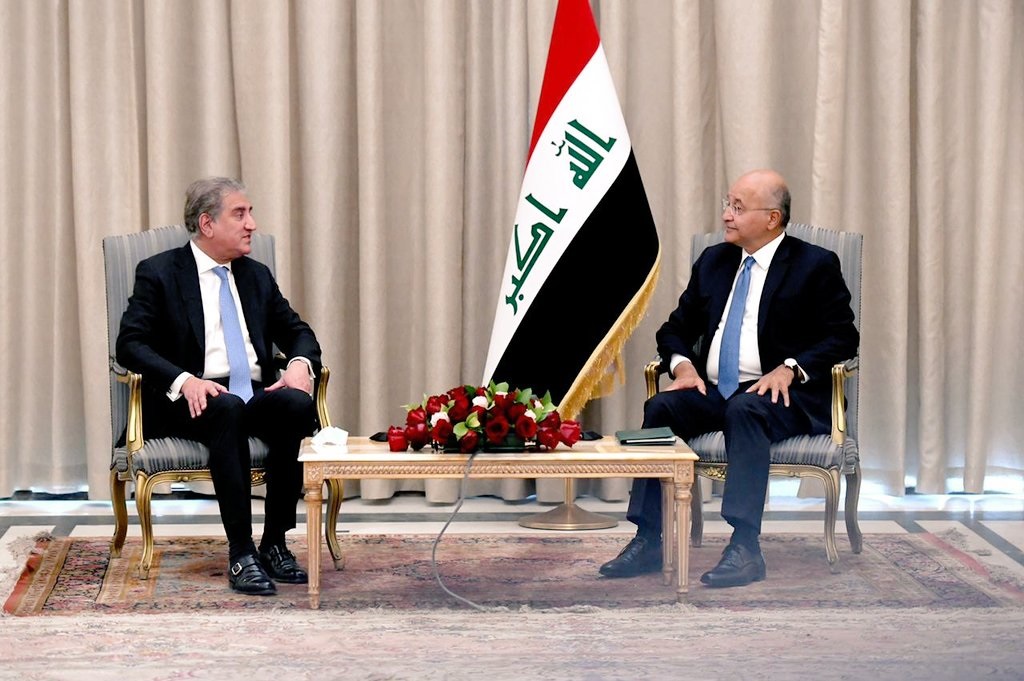 BAGHDAD: Minister for Foreign Affairs Shah Mahmood Qureshi on Saturday called on Iraq’s President Barham Salih and his counterpart Fuad Hussein separately in Baghdad and conveyed best wishes from Pakistan’s leadership and people for the prosperity of Iraq and its people.

In his tweet, the foreign minister wrote that he conveyed best wishes to the Iraqi president from Pakistan’s leadership and expressed condolence on the fire at Ibn-e-Al Khatib Covid Hospital recently that took many lives. He also shared some pictures with the Iraqi leader on his official Twitter account.

Qureshi, who arrived Iraq on his three-day official visit, and his Iraqi counterpart Fuad Hussein discussed bilateral ties, multi-dimensional cooperation, regional and global issues and discussed issues of mutual interest. Qureshi said that Pakistan attached to its ties, based upon historical, and religious connections, with Iraq on high priority. 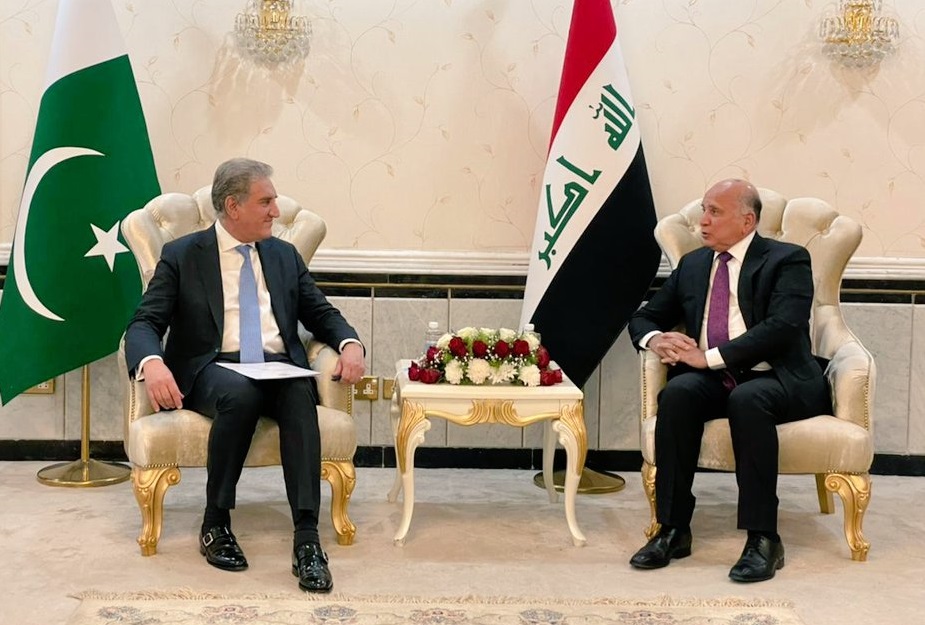 He said that Pakistan has transformed its geo-political priorities into geo-economy. He underlined that there were vast opportunities between the two countries to promote bilateral cooperation in trade, investment, education, technology, infrastructure development and other diverse fields. He said that Pakistan with 220 million population had been an attractive market for investors.

Qureshi said that they were keen for holding earlier meeting of joint ministerial commission of both the countries to discuss comprehensively issues of mutual interest and further consultations. He expressed his pleasure that so far, about 63 different Iraqi diplomats had gained training in different diplomatic affairs at Foreign Services Academy in Islamabad.

He said that Pakistan was playing key role and had been a shared partner in peace and stability in Afghanistan. He said that both the countries could benefit from their experiences in the war against terrorism and lauded unprecedented sacrifices of Iraqi people against terrorism. He informed his Iraqi counterpart about Pakistan’s stance on the continuing human rights violations in Palestine and Indian occupied Kashmir.

He welcomed the adoption of resolution at the UN Human Rights Council over holding of impartial and independent inquiry into Israeli atrocities and human rights violations of Palestinian people. He stressed that resolutions of the Palestine issue for durable peace in the Middle East and Kashmir issue for permanent peace in South Asia were must.

Both the sides also discussed coronavirus pandemic and Iraqi foreign minister expressed his gratitude to Pakistan for sending three planes loaded with coronavirus medical supplies. They also agreed to further their bilateral cooperation at the UN, OIC and other global fora. Earlier, Shah Mahmood Qureshi paid his respect at shrine of Hazrat Imam Kazim and offered prayers there. He also prayed for the unity, solidarity and prosperity of the Muslims and riddance of coronavirus pandemic.