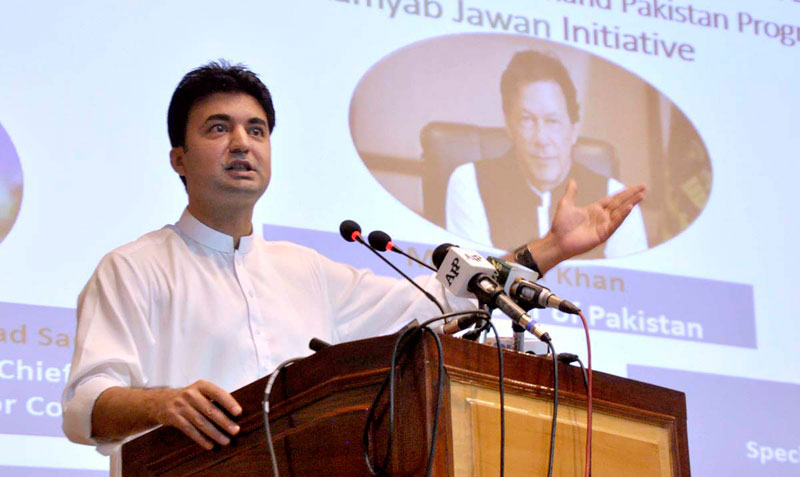 Minister for Communications and Postal Services Murad Saeed Friday urged the youth to remain determined and committed as the government would provide facilities and all out support to them under Prime Minister’s Kamyab Jawan Programme.

Addressing a certificate and cheque distribution ceremony of Prime Minister’s Hunarmand Pakistan Program-Kamayab Jawan here at National University of Modern Languages (NUML), he said this program was especially initiated for youth empowerment and to provide them opportunities.

The minister said that the Kamyab Jawan programme has been designed after conducting a comprehensive survey with students and aspiring entrepreneurs as per the vision of Prime Minister Imran Khan.

Appreciating the efforts of Special Assistant to the Prime Minister on Youth Affairs Usman Dar, he said that his team had ensured youth feedback and was also incorporated in the youth initiative.

Quoting Italian proverb, “Give a man a fish and you will feed him for a day. Teach a man to fish, and you have fed him for a lifetime,” he said that youth were being imparted training under Prime Minister’s Hunarmand Pakistan program. He said that innovations and ideas were two very important components for success in the business sector.

The minister said when PTI came into power, the Information Technology export was less than one billion dollar while today our export has increased by 46 percent, adding that this was just a start and the IT export could be further increased.

He said the present government was investing in youth in order to develop their skills and also creating opportunities.

He also felicitated the nation as the country had been enlisted on Amazon.

The minister said it was for the first time that any government itself approached youth and asked them to take loans for small entrepreneurs. He said the economic situation was being improved while innovative ideas being floated by the youth will further bring economic stability.

The minister also distributed cheques and certificates among the students. Earlier, Prime Minister Imran Khan’s video message for youth was also played at the ceremony. The students and beneficiary of Kamyab Jawan programme also shared their personal success stories and experiences.