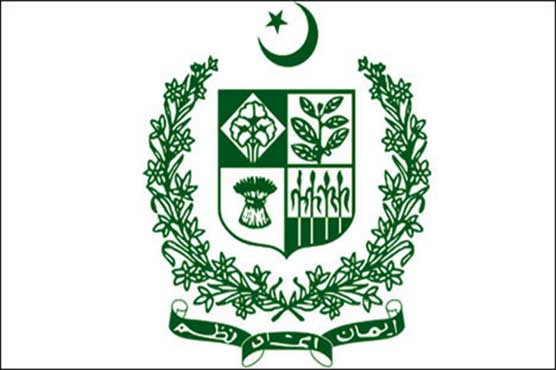 ISLAMABAD: In a surprise move and almost two weeks before the announcement of the budget, the federal government removed Finance Secretary Kamran Ali Afzal and posted him the secretary of the Ministry of Industries and Production, local media reported. 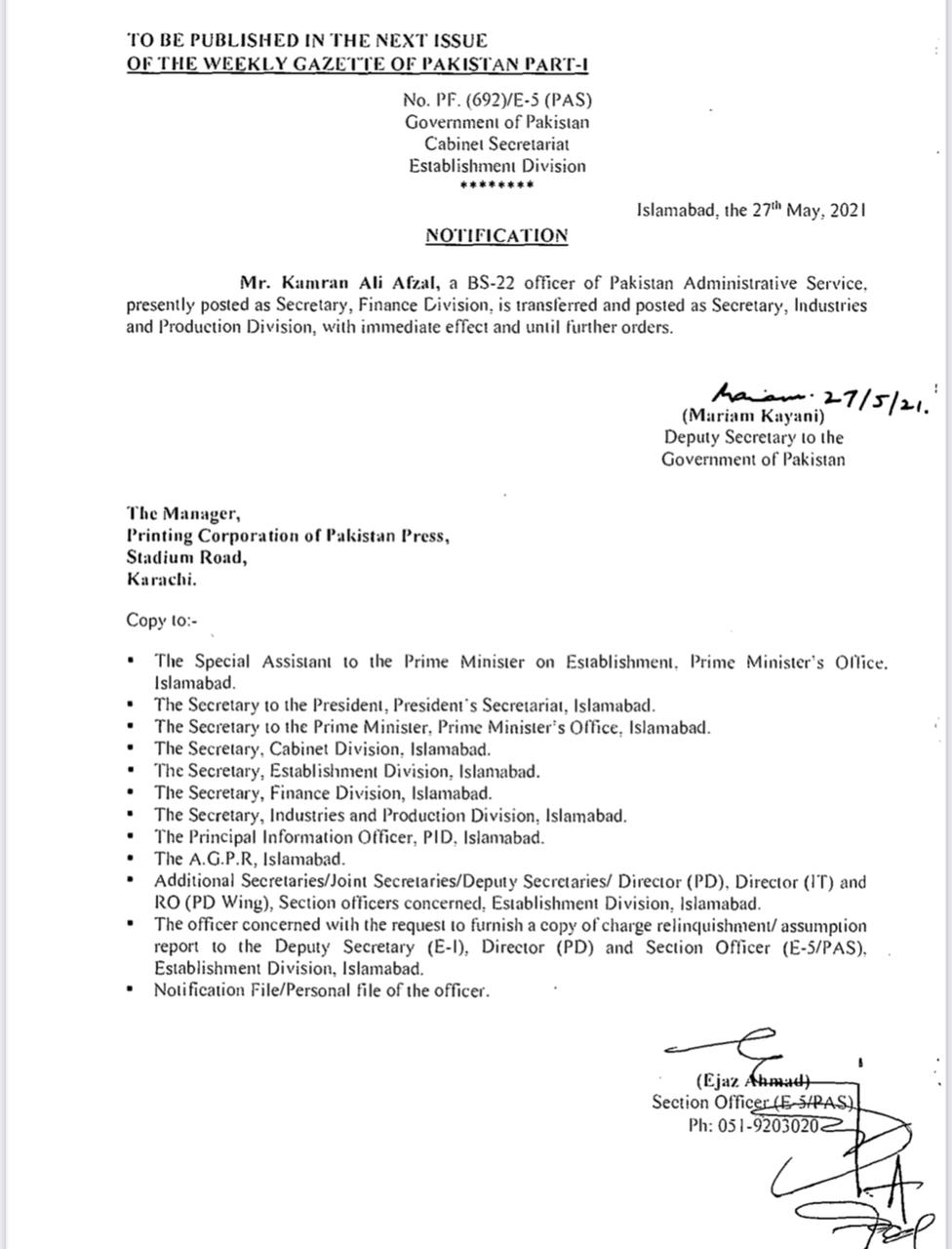 According to a notification issued by the Establishment Division, Kamran Ali Afzal, a BS-22 officer of the Pakistan Administrative Service (PAS) was transferred from the post of finance secretary on Thursday and was posted as the secretary of the Ministry of Industries and Production. According to another notification, “Yusuf Khan, a BS-21 officer of the PAS, presently pos­ted as secretary Benazir Income Support Programme, is transferred and posted as additional secretary (in charge), finance division, with immediate effect and until further orders.”

Shoaib Siddiqui, presently working as Secretary Information Technology, has been directed to repot to Establishment Division. The federal government has sidelined a senior most bureaucrat, Mohammad Shoaib Siddiqui. Interestingly, he has been replaced less than a month before the government is going to auction additional spectrum for 5G internet. Siddiqui, a well-known officer, hails from Karachi and he was working as the federal secretary of information technology and telecommunication.