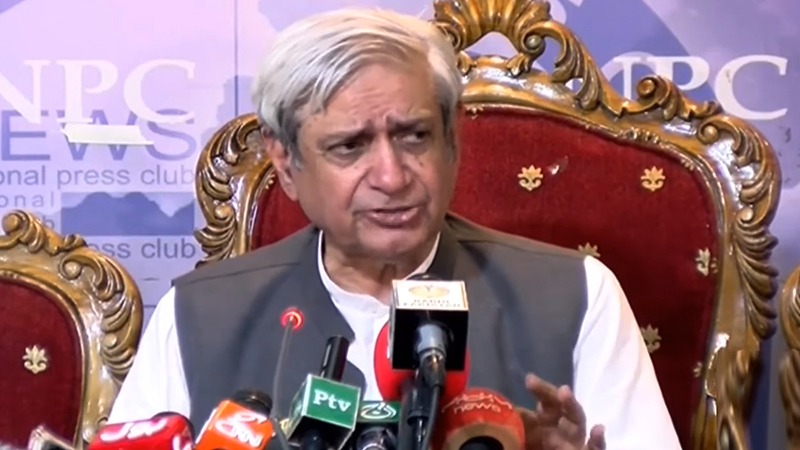 ISLAMABAD: Minister for National Food Security and Research Fakhar Imam on Wednesday said that the federal government would provide certified wheat seed to Gilgit-Baltistan in order to enhance its local output for reducing reliance on the Pakistan Agriculture Storage and Service Corporation.

Talking to Chief Minister Khalid Khurshid, who called on him, he said that the federal government would also help the regional government to establish its own seed technology for developing seeds as according to its ecological requirements to promote agriculture in that areas.

The minister offered to contribute five million tons of wheat seed to the region for the next year through the Pakistan Agriculture Research Council to reduce the area’s dependency on PASSCO supplies of wheat. Imam said that Angora rabbit habitat would also be set up in Gilgit-Baltistan by the federal government as the area’s weather was more suitable for its production.

Both the sides agreed for taking measures for value addition of trout fish and promotion of its farming as the area possessed huge potential of aquaculture. Imam underlined the need for proper policy formation to exploit the existing potential in agriculture and livestock sectors to enhance farm income and alleviate poverty.

He said that the federal government would also help the GB government and provide human and technical help for conducting surveys and research to find out the solutions to reach its potential. He said that the Gilgit-Baltistan was strategically important area of the country. The soybean cultivation would be introduced in Gilgit Baltistan on trial basis to promote oil-seed production in the areas.

Senior officials of the ministry also suggested for introducing hydroponic farming in Gilgit-Baltistan to enhance production of different crops. Speaking on the occasion, the chief minister said that the region had best land for agriculture for the production of organic fruit such as apple, cherry, pine and nuts to explore international markets.

He urged the federal government to help the regional government to establish seed technology. He also asked for providing technical assistance to save post-harvest losses as 70 percent fruit output wasted due to absence of proper technology.