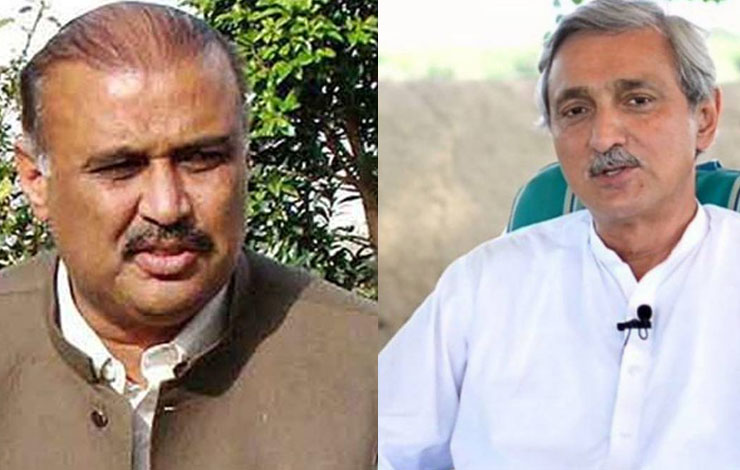 A senior leader of the Jahangir Khan Tareen group, MNA Raja Riaz, told reporters that the one-man committee that was appointed by Prime Minister Imran Khan to look into the sugar scam case has given the former PTI secretary-general a cleat chit.

“Barrister Ali Zafar has submitted his report which was shared with the prime minister as well. Thanks to the Almighty, Tareen has been cleared of all charges and he has nothing to do with any transaction. This is a victory of our group’s stance,” Riaz said

The MNA said that this is a victory for their stance and that the group celebrated the development. A meeting was held earlier in which no fraud was proved against Tareen in the sugar scam.

He added that the FIA, which had framed charges against Tareen will face embarrassment.

“Those who were conspiring against Tareen are feeling embarrassed,” Riaz said.

The Tareen group’s meeting with CM Usman Buzdar concluded with the appointment of an officer who will look into the group’s grievances.

Moreover, he stated that the group will continue to make efforts so that justice prevails and that they would continue to raise their voices whenever they see something wrong being done. They will remain an integral part of PTI and support and aid Imran Khan in every way possible.

Lastly, he thanked the PM for appointing a “neutral umpire”.

“The FIA is not in a position to do anything. We had said that this is a bogus case and now a neutral umpire has stamped it. It is a slap on the faces of those who had labeled us as blackmailers and should resign.”