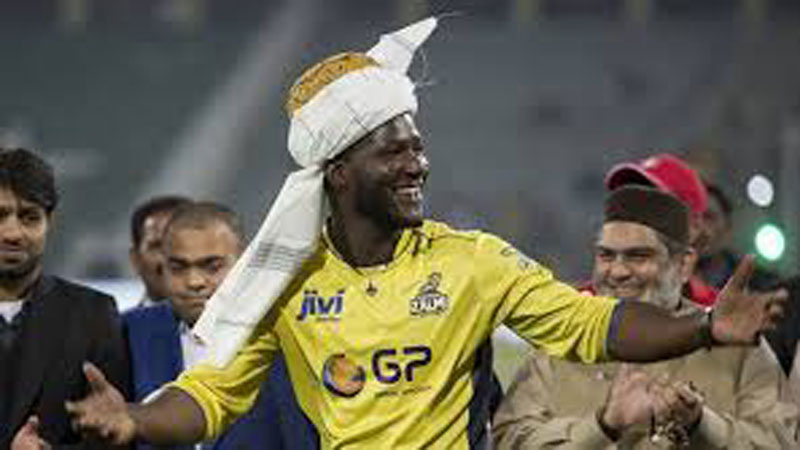 ISLAMABAD: Former West Indies all-rounder Darren Sammy believes that holding the Pakistan Super League (PSL) in Pakistan was the first step in paving the way for cricket’s revival in the country.

The 37-year-old stated that bringing the Pakistan Super League (PSL) to Pakistan was the first step that paved the way for cricket’s revival in the country. “I am not sure when West Indies will visit Pakistan next, I have not checked the calendar. But I think we were about to a year before last year. I think now the teams are coming. I remember us taking a small step in the PSL 2 and getting to the finals in Lahore. I think that was a small step in the right direction,” Sammy said in an interview with The Current as quoted by cricketpakistan.com.pk.

The former all-rounder believed that the security questions are slowly diminishing from players’ minds while visiting Pakistan.

“I think the major difference that is coming to Pakistan now is that players are not reluctant to come, as four years ago players used to call me asking I am going over there (Pakistan), do you think we should go?’ When West Indies was coming, the captain had to call me, ‘Man, should I go on this tour?’. Now players ask where they can play golf and questions like, can we go to dinner in these places. The quote-unquote threat of security that is slowly diminishing from people’s minds, and I think that is what we want,” he said.

Sammy also revealed that legendary Pakistani pacer Shoaib Akhtar made him question of whether he wanted to play cricket again. The 37-year-old recalled an incident that happened when Akhtar hit West Indies’ legendary former batsman Brian Lara in the head with a vicious bouncer when Sammy was on debut.

“When I made my debut for the West Indies in the Champions Trophy, I remember Pakistan playing West Indies at the Rose Bowl in Hampshire. They were opening with Mohammad Sami, Waqar Younis, and Shoaib Akhtar. I saw Shoaib Akhtar bowling a bouncer to Brian Lara and hit him in the head. Brian Lara fell back, probably almost unconscious. I was sitting, and I was 19 years old next to Dwayne Bravo. I literally questioned whether I wanted to play cricket again. Shoaib Akhtar did that to me,” Sammy said.

The former all-rounder further revealed that he told this story to Shoaib Akhtar himself a few days ago in Islamabad. “I met him four days ago in Islamabad, and I gave him that story. He said, ‘Brian clipped him for four on the first ball,’ and I guess that was his response. It was a joy to watch the Rawalpindi Express coming down with his hair flying. Shoaib Akhtar with his pace. In the current day, even though I am not playing, I would pad up easily against any bowler and try to hit them out of the park,” he said.