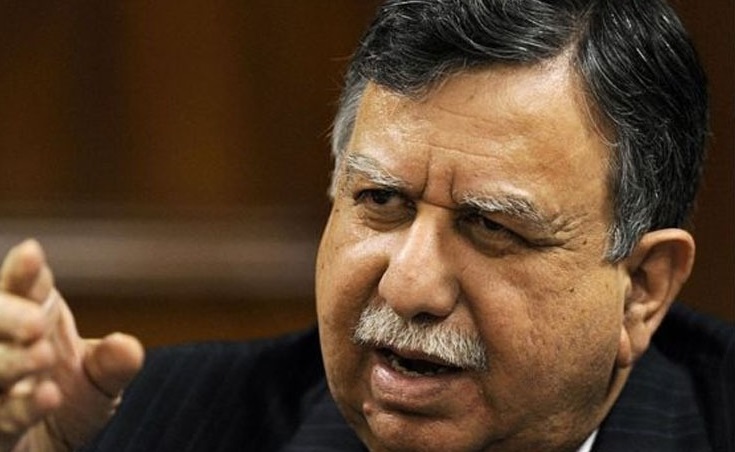 ISLAMABAD: Federal Minister for Finance and Revenue Shaukat Tarin on Sunday said that GDP growth at 3.94 percent during the current fiscal year (2020-21) was calculated in a transparent manner, predicting that the economy – based on the current trend – would grow by five percent in 2021-22 and six percent during 2022-23.

Addressing a virtual press briefing, he said that it was due to the prudent policies of the incumbent government that this growth was achieved despite tough International Monetary Fund (IMF) conditions. He said that the focus of the government had been on housing, agriculture and export sector that delivered these results.

The finance minister said that the government had identified 12 sectors and formulated short, medium and long term strategies to achieve inclusive sustainable economic growth and social prosperity, with special focus on housing, agriculture and promotion of export industry were on prime focus.

He said that development of these sector would not only bring sustainability in nation economy, but would help in achieving sustainable economic growth for the welfare of common man in the country. He said that the COVID-19 pandemic had effected the global economies and it also put negative impact on national economy.

Shaukat Tarin said that the prudent polices of Prime Minister Imran Khan helped in steering out the economy from the crisis in a fair manner and put it on path of sustainable economic development. In order to fulfill the fiscal requirements, the government had to initiate a programme with IMF and this time the fund introduced tough conditions like increase in tariff, exchange rate and interest rates that also influenced the national economy, he said.

He said that a well thought-out federal budget for the fiscal year 2021-22 would be presented in the start of the next month. He said that the budget envisages provision of maximum relief to common man in tax and electricity tariff. He said that no more tax burden to be put on those who were already paying tax.

He said that innovative substitutes would be introduced to achieve the revenue targets, by providing different incentives and facilities, besides broadening the tax base. To a question, he said that rising trend in food commodities was a global phenomenon. He said that strategy was evolved in order to provide maximum relief to common man, particularly saving them from inflationary shocks and taking some short-term steps like operation against hoarders to overcome the issue of artificial shortages.

Shaukat Tarin said that the farmers would be facilitated to establish storage facilities for strengthening the domestic strategic reserves in order to keep the supply of food commodities at smooth level and address the issue of hording and over profiteering. He said that second focus of the government was on economic growth that would help enhance revenues, create employment opportunities.

He said that reliance on trickle down effects to extend the gains of economic growth would be minimized according the vision of the prime minister. He said that the government was taking various steps in order to provide livelihood opportunities to masses, and provision of interest-free loans to farmers. He said that it was paying special attention on productivity sector for enhancing competitiveness of local industry to promote exports and reduce imports.

The minister said that increase in exports and reduction in imports would also help in producing import substitutes that would reduce the pressure on domestic foreign exchange reserves, besides reducing the reliance on foreign debts and assistance. The exports had witnessed increasing trend during the period under review which needed to be further increased. He said that remittances witnessed sharp increase, which was result of trust and love of overseas Pakistanis on Prime Minister Imran Khan.

He said that the government was taking steps for the development of housing sector for ensuring the fulfillment of housing needs in the country, besides taking measures to enhance revenue collection to reduce fiscal deficit and ensure credit availability for private sector. He said that the government was working on improvement of financial sector to encourage savings and to use available resources on social sector development.

The finance minister said that planning exercise was going on for achieving an inclusive and sustainable growth to benefit under privileged and middle class for ensuring equal distribution of economic gains to all segments of society.