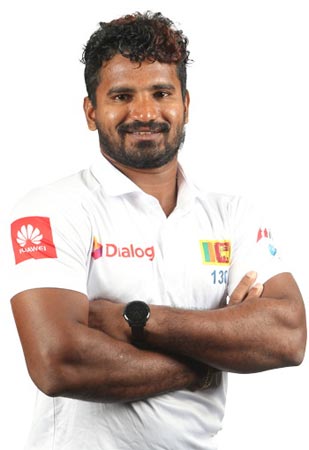 Colombo: A pay battle between Sri Lankan players and the national board has hurt team morale ahead of a one-day series in Bangladesh starting Sunday, skipper Kusal Perera said.

Sri Lanka Cricket have cut fees for 24 national players by up to 40 percent in new contracts, which the players have rejected. Perera said no agreement had been reached before leaving for Bangladesh, where they are to play three 50 over games. “It will be a lie to say that the pay cut issue won’t mentally affect our players,” Perera told an online press conference Saturday. “I hope we will be able to negotiate with the board upon our return,” he added.

He said the pay structure devised by the board’s new cricket director Tom Moody and former Sri Lanka skipper Aravinda de Silva was causing mental stress for the team. “This is an additional challenge for me as I try to create an environment where players go to the middle and perform fearlessly,” he said.

A lawyer for the players has accused Sri Lanka Cricket of holding the team “at gunpoint” in a bid to force the new contracts through.

Former captain Angelo Mathews and Test captain Dimuth Karunaratne — who suffered the biggest cuts — were dropped from the tour of Bangladesh. Mathews’ annual fee fell from $130,000 a year to $80,000, while Karunaratne was offered $70,000, a drop of $30,000.

“The players are not in agreement to sign unfair and non-transparent contracts and urge Sri Lanka Cricket not to hold the players at gunpoint,” said lawyer Nishan Premathiratne.

Moody said this week that he studied pay structures in other nations before coming up with the scheme.

Sri Lanka Cricket officials said that there are payments for each match and allowances for travel outside Colombo on top of base fees.