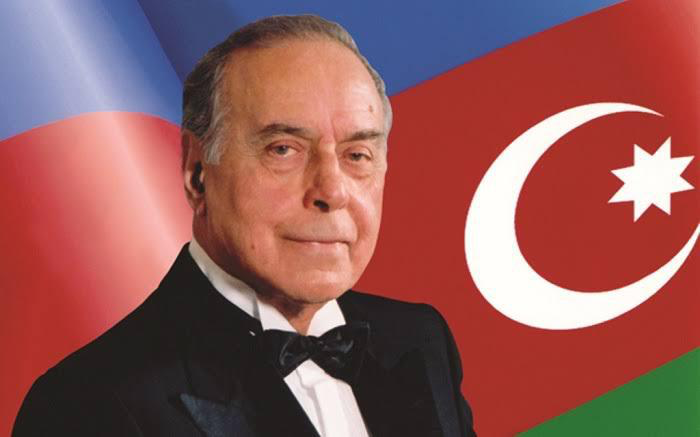 May 10 is the 98th birthday anniversary of Heydar Aliyev, the national leader, who made an exceptional contribution to the history of the country and played a great role in the formation of Azerbaijani statehood.

In May-June 1993, when, as a result of a crisis in the government, the country was on the verge of civil war and faced the peril of losing independence, the people of Azerbaijan demanded to bring Heydar Aliyev to power, and the then leaders of Azerbaijan were obliged to officially invite Heydar Aliyev to Baku.

On June 15, 1993, Heydar Aliyev was elected chairman of the Supreme Council of Azerbaijan, and on June 24, by a resolution of the National Assembly, he proceeded to fulfil the authorities of the president of the Republic of Azerbaijan.

On October 3, 1993, as a result of the nationwide vote, Heydar Aliyev was elected president of the Republic of Azerbaijan.

Starting from 1993, Azerbaijan demonstrated a breakthrough in all areas. This phase, covering 1993-2003, was a period of rapid development and stability.

Heydar Aliyev, who assumed leadership of the country during its most difficult times at the request of his nation, gave his people great confidence as he laid the foundation of a strong economy.

The “Contract of the Century” was a triumph of the policy based on the oil strategy pursued by national leader Heydar Aliyev, paving the way for bolstering the country’s geopolitical standing and economic integration. It was signed with the Western oil companies in Baku on September 20, 1994 and played a crucial role in the establishment of internal stability.

Besides, Heydar Aliyev, who spearheaded the Baku-Tbilisi-Ceyhan oil pipeline project, did much to attract huge western capital to Azerbaijan, which created many new jobs and lead to the development of several fields.

His farsighted policy placed Azerbaijan among the fastest developing countries in the world and introduced a small energy-rich country in the cradle of the Caspian Sea to the world in a short period of time. Azerbaijan’s success is the fruitful result of the president’s future-oriented vision and a well thought out state policy.

Thanks to him today, Azerbaijan sits among great nations in the global arena. The Land of Fire is now acting as a bridge between East and West, North and South.

Heydar Aliyev was a unique leader, who gained the love and respect of millions of people through his bright ideas and genuine work. He will remain forever in the memory and hearts of the people.

Heydar Aliyev always had special attention to Pakistan and called relations between Pakistan and Azerbaijan brotherly and strategic. In his own words, “Azerbaijan has always, and in all the necessary levels, defended, and is defending today, the just position of Pakistan on Kashmir issue”.

The policy pursued by Heydar Aliyev is being continued today by President Ilham Aliyev successfully.