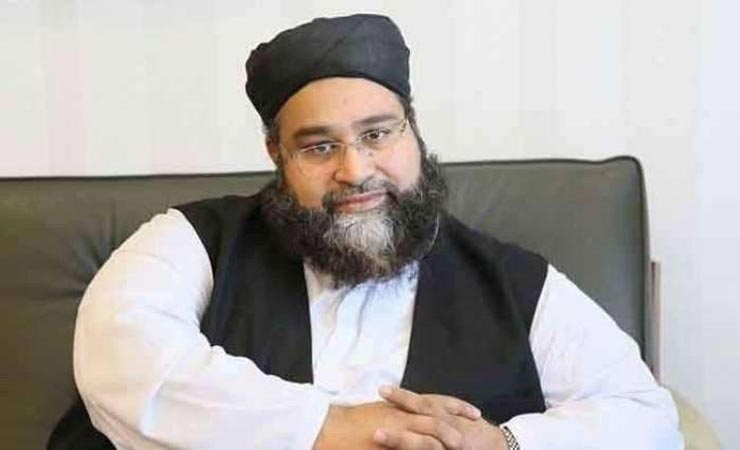 Presiding over a seminar on solidarity with Palestine held at St Anthony’s Church on Friday, he demanded that peace force be deployed in Palestine and a case of war crimes against Israel should be filed. He said that Palestine issue has become ‘issue of humanity’ as Israel was killing innocent people in Palestine while Christians were also on the target.

He said that the entire Pakistani nation was standing with the brothers of Palestine and ‘Solidarity with Palestine’ Day was being observed across the country. He said that peaceful protest rallies and gatherings had been organized to express solidarity with the Palestinian citizens. He said that efforts of Pakistan, Turkey, Egypt and other countries for the peace in the region were laudable.

He thanked leaders of all religions in the country for supporting the government on the issue of Palestine. “Oppression should end whether it is in Palestine or in Kashmir.” Ashrafi said that Pakistan had assured in the meeting of Organisation of Islamic Council (OIC) that “we were ready to do whatever the Muslim countries would decide.” He said that the issue of Palestine could not be resolved without unity of the entire Muslim Ummah.

He said that ceasefire was the first step and the second step would be establishment of a free and independent state of Palestine in the region. “We are in contact with all brother Islamic countries on the issue,” he said. “Pakistan is a strong voice of the entire Islamic world which impacts the globe and the stance of Pakistan about Palestine is quite firm.,” he said. He hoped that the day was not far when Muslims would enter Palestine and Baitul Muqaddas with Palestine visa instead of Israel.

On the occasion, Archbishop Sebastian Francis Shaw said that a large number of Sikh, Hindu, Christians and followers of other faiths were present in the seminar and demanded peace in Palestine. He said that a number of peace-loving Christian citizens living in Palestine were facing atrocities. Leaders of various religions voiced their support for the government on the issue of Palestine and condemned Israeli atrocities in Palestine.