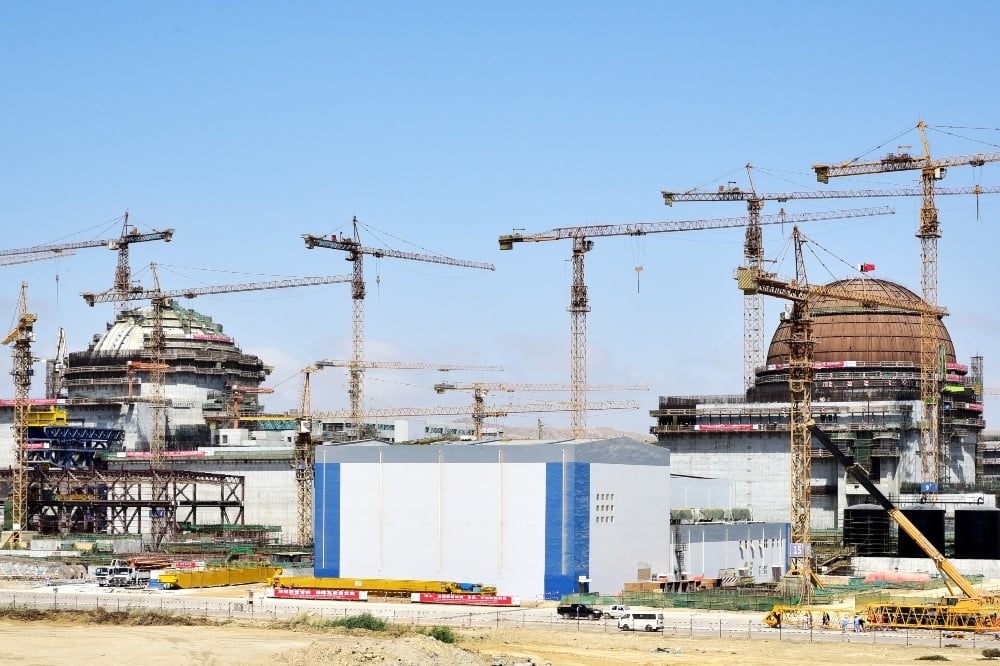 He unveiled the plaque in Islamabad at a virtual ceremony simultaneously held in Karachi and Beijing as well. The 1,100 MW K-2 Nuclear Power Plant is a state-of-the-art Generation III nuclear power plant equipped with state-of-the-art safety and security arrangements.

Addressing the ceremony, the prime minister said he is happy to inaugurate K-2 Nuclear Power Plant, established with the Chinese cooperation, on the special occasion of 70th anniversary of Pakistan-China diplomatic ties. He said the plan will provide 1100 megawatts of clean energy to Pakistan, which is of vital importance for Pakistan that has been facing adverse impacts global warming. The prime minister expressed confidence that the project will greatly benefit Pakistan in respect of technology transfer and training of the youth in addition to supply of clean energy.

He said Pakistan and China have a unique relationship, which is getting fortified with every passing day. He said the people of Pakistan have emotional attachment with China believing that it always helps us in the hour of need. He emphasized on further enhancement of people to people contacts. Imran Khan said Pakistan is desirous of learning from China in various sectors, including managing the fast expanding urban centres, poverty alleviation and controlling corruption. He said the scope of CPEC is being expanded from the connectivity and power sector projects to establishment of economic zones and agricultural technology.

Speaking on the occasion, the Chairman China Atomic Energy Authority said it is a great occasion that we are inaugurating the K-2 power plant on 70th anniversary of establishment of diplomatic relations between Pakistan and China. He said China and Pakistan have been extending support to each other and cooperating in various fields. He said the two countries have also been cooperating in peaceful use of nuclear energy. He hoped the bilateral cooperation will further expand in days to come. The Pakistan Atomic Energy Commission (PAEC) claimed that it had connected the much-awaited 1,100MW Karachi Nuclear Power Plant Unit-2 (K-2) to the national grid.

K-2 is one of the two similar under-construction nuclear power plants located near Karachi. The other one, K-3, is also in completion phase and is expected to be operational by the end of 2021.  In a statement, the PAEC termed it a ‘Pakistan Day’ gift to the nation.