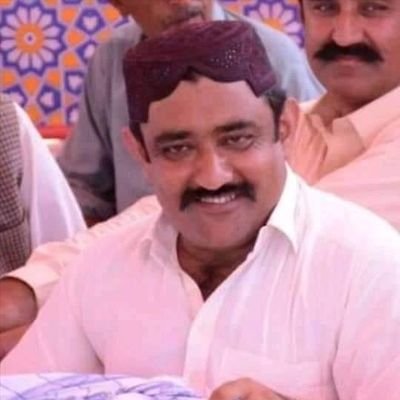 BADIN: PPP candidate Dada Mohammad Halepoto is considered to be in a firm position in the by-polls for PS-70, Matli, being held on Thursday against his rivals.

Political pundits keeping an eye on the politics of Badin district talking to this reporter said that PPP’s candidate was all set to beat his rivals by securing enough votes during by-elections. They observed the delayed ‘retirement’ of GDA’s Shahid Virk favoring JUIF’s Moulana Gul Hassan Zaur might not create any problems for Mr. Halepoto to retain the seat for the party, which had never lost the elections in any previous elections from the constituency.

Moulana Zaur and four other candidates of different parties after the ‘withdrawal’ of Mr. Virk would only give their rival of PPP some tough time in some areas of the constituency. Here it is pertinent to note that the leadership of the Grand Democratic Alliance  (GDA), which never bothered to canvas for Mr. Virk, announced the retirement of Mr. Virk late on Tuesday and requested the voters to vote for Moulana Zaur. Credible sources said that announcement was made by GDA leaders after Moulana Rashid Mehmood Soomro, the leader of JUI-F, held a meeting with Mirzas of Badin and requested them to support his party candidate in the by-elections.

All arrangements, including security and observance of Corona-related SOPs, have been finalized to hold bye-elections for PS-70. The polling would start at 9 am and continue without any break to 5 pm to elect representatives of the constituency that had fallen vacant due to the death of Bashir Ahmed Halepoto a few weeks back. The arrangements were reviewed and finalized in a meeting with Provincial Election Commissioner Aijaz Anwer Chouhan in the chair. At the same time, officials of the ECP, departments of Education, Revenue, Health, HESCO, Police, and Pakistan Rangers attended the meeting.

“The ECP will ensure transparency and impartiality of the polls,” Aijaz Anwer Chouhan assured and directed all the relevant officers to adhere strictly to Corona SOPs by using face masks and sanitizers and maintaining social distancing at every stage of the polling. As many as 1,66,809 voters are registered in the constituency. Among them, 75,222 are females while 91,587 are males, the district returning officer informed the meeting, adding that 123 polling stations consisting of 423 polling booths, 194 for female and 229 for male- were set up for the purpose.