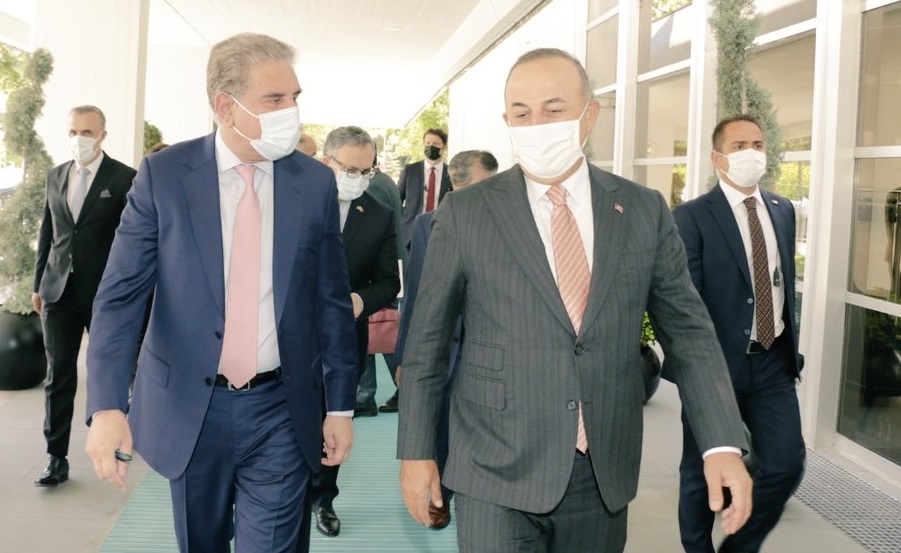 Pakistani minister is currently visiting Turkey to exchange views on the worsening situation in the occupied territories. During a meeting in Ankara, the two foreign ministers discussed ways to mobilize the international community to help stop Israeli aggression against Palestinians.

Qureshi apprised his Turkish counterpart of the sentiment prevailing in Pakistan in support of Palestine including resolution adopted unanimously by the National Assembly. Taking stock of the excellent bilateral relations, the two sides discussed the ongoing preparations for the seventh session of the High-Level Strategic Cooperation Council (HLSCC) that will be held in Turkey this year.

He expressed the hope that the Afghan parties would seize the opportunity and workout an inclusive politically-negotiated settlement. The foreign minister also lauded Turkey’s valuable efforts to re-energize the Afghan peace process. Qureshi and foreign ministers of Turkey, Palestine and other countries, will be traveling to New York to participate in-person in a meeting of the UN General Assembly on the Palestine issue.