Maryam says ‘they’ label traitor whenever ‘they’ are afraid of someone

Pakistan Muslim League-N Vice President Maryam Nawaz on Sunday said that ‘they’ issued title of ‘traitor’ or ‘thief’ whenever ‘they’ are afraid of someone, afraid of truth, of talk of the law and the constitution, and of bravery.

Paying a visit to family of jailed party leader Javed Latif in Sheikhupura, she told a gathering of party leaders, workers and supporters that if speaking of the truth, of the supremacy of the constitution, law and institutions is traitorous, then “we will do this kind of ‘treachery’ again and again.”

Maryam Nawaz said that the government had in fact labelled the people of Sheikhupura ‘traitors’ by labelling Javed Latif a ‘traitor.’ With his unwavering stance on what is right and true, Javed Latif had paid his dues being a son of the Pakistani soil, she said.

Last week, a duty judicial magistrate at Lahore’s Model Town courts turned down a plea of MNA Javed Latif to discharge him in a case of ‘inciting’ people against the ‘state institutions’ and sent him to jail on judicial remand. The opposition lawmaker was arrested for issuing what were termed as ‘anti-state’ remarks.

Addressing the gathering, Maryam Nawaz said that if being declared a ‘traitor’ is a crime, then the first person to have been declared one was Māder-e-Millat Fatima Jinnah – a politician, stateswoman, and one of the leading founders of Pakistan.

She followed by saying even her father Nawaz Sharif, a three-time former prime minister, was declared a ‘traitor’ and so had she herself been labelled one. “If calling what is right, ‘right,’ what is true, ‘true,’ if speaking of the supremacy of the constitution and institutions, and of standing by the law, is traitorous, then we will do this ‘treachery’ again and again,” she said. 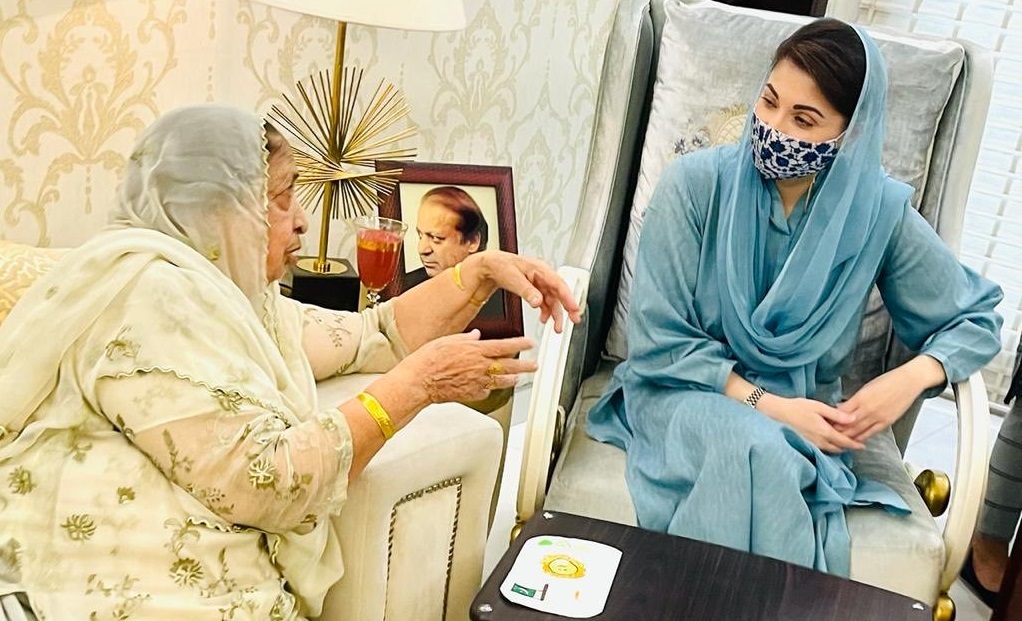 She said that those who have opened ‘factories’ to issue ‘decrees’ of someone being a ‘traitor,’ must listen up. “When you are afraid, and have lost, and cannot bear to listen to talk of the supremacy of the constitution, you issue ‘certificates’ of treachery,” she said. But, she said, “I will say this, times have changed. People have stopped being afraid.”

Today like Javed Latif, “when you know you will speak the truth and be arrested and still stick to your guns, there is no greater service to the nation than this,” the PMLN vice president said. Speaking of Nawaz Sharif, she said that they ‘worked hard’ to label him a ‘traitor’ but the 220 million people of Pakistan turned him into a hero instead.

“Although Nawaz Sharif is in London, from all corners of the country, decisions and victories in his favour are being witnessed,” she said. About Daska by-poll, she said the people took ‘respect the vote’ slogan to heart, guarded their vote, and then took it back when it was ‘stolen’ from them.

Maryam Nawaz said that Nawaz Sharif made huge sacrifices and the people have now awakened to the truth, “know what their rights are, what the supremacy of the law and constitution is, who believes in it and who the real traitors are.” She said that the real traitor is the one who while in the US sold off Kashmir, and left it in India’s lap.

She said that the traitor is he, who, says the embassies who represent Pakistan throughout the world, are not doing their jobs right. “Traitors are those who play with lives of the people,” she said, adding that traitors are those who leave the nation deep in debt, and who mark the people’s fingers after allowing them to purchase only one kilogram of sugar at a time in Ramadan.

SHARIF’S SUN ABOUT TO RISE

She said that Nawaz Sharif became the prime minister with the votes of the people. “Nawaz Sharif was not selected, he did not rise to power on anyone’s shoulders,” she said. “When you use institutions to remove such a leader from power, that is treachery,” she said. She said that treason was when the media was silenced, threatened and suppressed, and when the judiciary was made controversial.

The PMLN leader said that Nawaz Sharif’s sun was about to rise again and the nation knows that if anyone can get the country out of trouble, it was Nawaz Sharif. No one was ready to believe ‘treason decrees,’ she said, and warned the government from standing in between the people and their leaders.

She questioned that if the government was so desirous of labelling people ‘traitorous,’ why was former military ruler Gen Pervez Musharraf secretly sent out of the country overnight? “Whoever you are now labelling traitors, history will remember them as heroes,” she said, adding that the time was near when Nawaz Sharif and Javed Latif will be among their people.