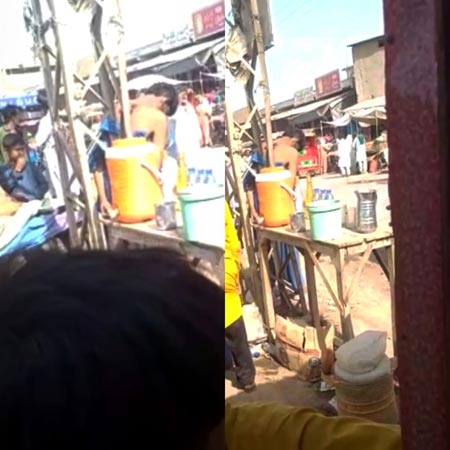 According to onlookers the influential landlord along with his goons, tied him with an electricity pole and none from the crowd that had gathered showed any resistance against the brutality.

A Police team reached there, after the video of torture went viral on social media and arrested the landlord and his henchmen, but later released them after it was reported that the area SHO was bribed.

The condition of the victim on the other hand started deteriorating, who was later shifted to the Civil hospital in Sujawal where his condition was stated to be stable.

The relatives of the victim protesting outside the Sujawal press club said that the victim was the sole breadwinner for his family and was afflicted with the respiratory disease despite that he was working hard to make both ends meet.

They demanded Inspector general Sindh and Chief Minister Sindh to take notice of the incident.