NEW YORK – While the global growth outlook has improved, led by robust rebound in China and the United States, surging coronavirus infections and inadequate vaccination progress in many countries threaten a broad-based recovery of the world economy, according to the latest United Nations forecast.

According to the World Economic Situation and Prospects (WESP) mid-2021 report, following a sharp contraction of 3.6 per cent in 2020, the global economy is now projected to expand by 5.4 per cent in 2021, reflecting an upward revision from the UN forecasts released in January.

Amid rapid vaccinations and continued fiscal and monetary support measures, China and the United States – the two largest economies – are on the path to recovery. In contrast, the growth outlook in several countries in South Asia, sub-Saharan Africa, and Latin America and the Caribbean, remains fragile and uncertain. For many countries, economic output is only projected to return to pre-pandemic levels in 2022 or 2023.

AS regards South Asia, the report said that the crisis in the region, one of the hardest hit in the world, will last well into 2021. “While a few smaller countries in the region have managed to roll out vaccinations, the largest economies continue to struggle to contain the increasing waves of infections,” citing India, which has been particularly affected by a brutal second wave.

“South Asia’s regional economic growth in 2021 will still be insufficient to undo last year’s 6.7 per cent loss in GDP per capita,” the report said, noting that many of the region’s households that have fallen into extreme poverty will thus remain trapped in their precarious condition. Risks are furthermore exceptionally high for the region. The region was already lagging in economic performance before the pandemic, with regional economic growth as low as 3.1 per cent in 2019.

UN Chief Economist Elliott Harris said vaccine inequity between countries and regions is posing a significant risk to an already uneven and fragile global recovery. “Timely and universal access to COVID-19 vaccinations will mean the difference between ending the pandemic promptly and placing the world economy on the trajectory of a resilient recovery, or losing many more years of growth, development and opportunities.”

The mid-year forecast updates the WESP report published in January by the UN Department of Economic and Social Affairs (DESA). It examines the performance of the world economy since the pandemic began, as well as the impact of global policy responses and post-crisis recovery scenarios. The 5.4 per cent in projected global growth this year follows a sharp contraction of 3.6 per cent in 2020, and reflects an upward revision from the original forecast.

Many countries will not see economic output return to pre-pandemic levels until 2022 or 2023, the report said. “For a vast majority of developing countries, economic output will remain below 2019 levels for most of 2021,” the authors said. “Amid insufficient fiscal space to stimulate demand, many of these countries will face low and stagnant growth and the prospect of a lost decade.”

The report also details strong but uneven recovery in global trade, which has already surpassed pre-pandemic levels due to demand for electrical and electronic equipment, personal protective equipment, and other manufactured goods. Economies which depend on manufacturing have fared better, however countries which rely on tourism, or commodities, are unlikely to see a quick rebound.

Tourism services in particular, will remain depressed due to slow lifting of restrictions on international travel, coupled with fears of new waves of COVID-19 infection. The pandemic has pushed an estimated 114.4 million people into extreme poverty, with women accounting for around 58 million of that total.

The report found that while women have been at the forefront of the crisis— representing most health workers, caregivers and essential service providers—they have also been the hardest hit in several ways. During the pandemic, labour force participation shrunk by two per cent worldwide, compared to only 0.2 per cent during the global financial crisis in 2007-8, but more women than men were forced to leave their jobs to meet family demands.

Women-owned businesses have also fared disproportionately worse, according to the report. COVID-19 has also dealt sharp blows to services for women’s health, and reproductive health, and the disruption to education has helped undermine global progress towards gender equality. There has also been a spike in gender-based violence, which UN Women has labelled a shadow pandemic.

As women are also underrepresented in decision-making surrounding the pandemic, and in economic policy responses, the report highlighted why recovery must be inclusive. “The pandemic has pushed nearly 58 million women and girls into extreme poverty, dealing a huge blow to poverty reduction efforts worldwide, and exacerbated gender gaps in income, wealth and education, impeding progress on gender equality,” said Hamid Rashid, chief of the Global Economic Monitoring Branch at DESA, and the lead author of the report. 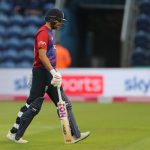 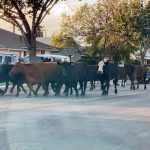