PM to focus on economic ties with KSA in ongoing tour

Pakistan can facilitate the dialogue between Iran and Saudi Arabia 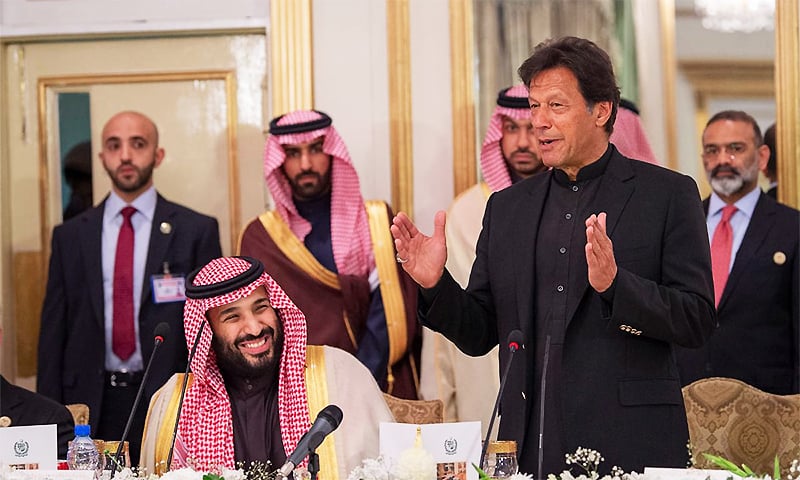 ISLAMABAD: Minister for Information and Broadcasting Chaudhry Fawad Hussain said on Friday that Prime Minister Imran Khan, during his visit to Saudi Arabia would discuss economic cooperation, including strategic partnership, Supreme Coordination Council and media partnership between the two countries.

Talking to Saudi television channel Al-Akhbariya, he said this would be Prime Minister Khan’s third visit to Saudi Arabia.

He said the Prime Minister had expressed his desire for ending the regional dispute between Iran and Saudi Arabia, as countries should respect each other’s sovereignty. Fawad said Prime Minister Imran Khan would play his part regarding the recent statement of the Saudi crown prince about the talks with Iran.

“We acknowledge the services of the Saudi leadership for the Islamic world and would like to know how Pakistan can facilitate the dialogue between Iran and Saudi Arabia,” he said.  He said Pakistan and Saudi Arabia had a long and historic defense relationship.