92 schemes completed, while work on another 192 ongoing 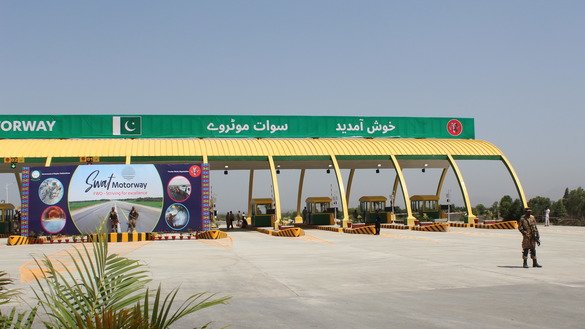 SWAT: An important meeting regarding development projects of Swat district was held under the chairmanship of Commissioner of Malakand Division Zaheerul Islam at Commissioner Office Syed Sharif on Friday.

The meeting reviewed the progress on various development projects underway in the Swat district. The meeting discussed police reform, agricultural development, health and education for all, ease of transportation through road linkages, clean water supply, sports facilities, the establishment of rescue services and judicial complex, and electricity and gas projects.

The meeting was informed that 92 schemes have been completed under the special package for the areas affected by terrorism while 65 projects have been completed to uplift backward areas of the district. Similarly, 158 projects are underway under Malakand Area Development Program, out of which 26 have been completed. Judicial complexes are also being constructed at Matta and Khwazakhela to improve facilities under the vision of providing speedy justice.

In the field of higher education, an agricultural university is being set up for which PC-1 is in the final stages of preparation while the acquisition of suitable land for degree colleges at Charbagh, Saidu Sharif, and Khwazakhela is being done. Progress was also reviewed regarding the establishment of Women’s University Campus at Swat University and transfer of various departments to Swat University main campus.

During the briefing, it was informed that progress has also been made in the construction of hospitals in Kabal, Barikot, and Chaprial and THQ Hospital and Burn and Trauma Center in Matta. Similarly, work is underway at Saidu College of Dentistry in the field of medical education.

Police stations are being built in different areas under the agenda of police reform for which land acquisition is under process. The meeting was informed that several projects for irrigation and agricultural development in the district are also in the process of completion while work is being done to improve sports facilities for the promotion of sports and healthy activities and in Swat. The meeting was informed that a modern-style hockey stadium and squash court are near completion at Makanbagh and Gulkada respectively.

While presiding over the meeting, Commissioner Syed Zaheerul Islam issued orders for continuous monitoring of ongoing development projects and early preparation of PC-1 for new projects. Mr Islam said that all the projects should be completed on time keeping in view the quality of work. Talking about police reform and public response, he said that the establishment of new police stations in a modern style were essential for investigation and community policing, and work in this regard should be intensified. Because of the public grievances, Commissioner Malakand Division directed the police to take effective measures to discourage professional beggars from other areas from entering the Swat district.