Exploring the unique relationship between a father and son 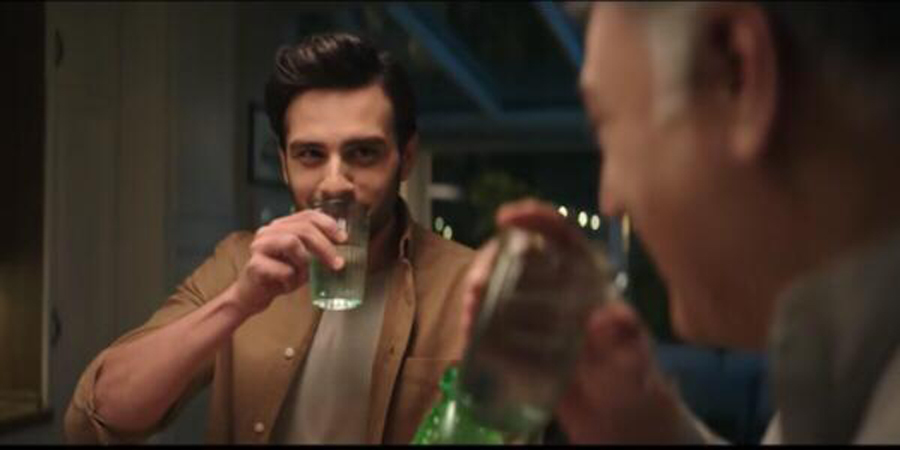 Last night, I tuned into this fabulous new television commercial by 7Up where the importance of openness in families and expression of affection was highlighted.

I believe this month is all about forgiveness and being grateful and expressive towards your near and dear ones and the Pakistani culture of bottling up emotions pertaining to love, gratitude and appreciation needs to be let go of.

7Up not only unleashes all these positive feelings, but it also facilitates in bringing down the walls around emotional vulnerability and helps Pakistanis overcome their internal struggle of apologising for their mistakes.

It is quite a simple advertisement with three people sitting for iftari where the son hesitantly mentions to his father how he accidentally hit the car into a pillar while reversing. The father remains silent, however pours 7Up for his son and offers him the glass, letting him know that all’s forgiven. The ad shed light on the understanding father, who can on some level relate to his son by being reminiscent of his own youth, but is the quintessential Pakistani parent who generally avoids letting on too much emotion or expressing it; the son who consistently brushes with trouble yet, in essence, is youthful and vulnerable; and the quietly affectionate and supportive mother, who has the warm and assuring air about her that everything will work out fine.

These family ties must be used as an analogy for expanding into other similar situations and relations Pakistani families can get into, but mostly the father-son dynamic which is common in all households.

The ad encourages fathers and sons to express their emotions and feelings for each other, without having to say anything but by just gestures. Thus this ad also explores the unspoken gestures and makes the 7Up the ideal canvas to portray such emotional bonding.