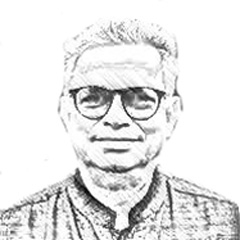 Bangladesh at 50: A surprising success story

Bangladesh turned 50 with a thunder! Many international observers expressed their admirations for its remarkable successes in economic development and social transformation brought about within such a short period of time. Born out of war and destruction in 1971, few in the world had any optimism about her future. As a war-torn country, Bangladesh experienced poverty, famine, hunger, and diseases with very little international aid and support; the US Secretary of State Henry Kissinger once referred to Bangladesh as a “bottomless basket.” Today, in stark contrast, and defying all doubts and gloom, Bangladesh is a rising economic power, eying to take stronger role in the region and beyond.

Bangladesh will officially become a developing country in 2026 (instead of 2024 as scheduled earlier to prepare for the transition due to covid impact on the economy) and likely to jump into the 25 largest economies worldwide by 2030. Many thought, until recently, that this was impossible. Bangladesh has proven them, including Henry Kissinger, completely wrong. Indeed, back in 2018, Bangladesh had already achieved higher than the required scores in all three criteria used by the UN Committee to judge the graduation, including per capita gross national income ($1,230 or above). I still recall Prime Minister Sheikh Hasina’s statement at the reception accorded to her for taking the country to this new height. The celebration, she said “is a slap on the faces of those bottomless basket story-tellers.” The Prime Minister credited the people for this newly found elevated status. “The people can achieve anything,” she said.

For Bangladesh, it is like a “re-birth” as we see the growth and experience of new success stories in many fronts. The journey indeed started only in the 1990s with transition to democratic system of government after a prolonged period of military rule (1975-1991), following the assassination of Bangabandhu Sheikh Mujibur Rahman, the father of the nation. The drivers of the growth, among others, have been infrastructure development, renewed focus on agriculture, and the ready-made garment industry, which generated $34 billion in exports in 2019. Bangladesh currently is only second to China in the manufacture and exports of ready-made garments.

Today, Bangladesh is no longer a “test case” for development; it has earned the status of a “learning site,” according to a recent UN Human Development Report

Bangladesh is often cited internationally for its achievements over the last couple of decades in the areas of poverty alleviation, food security, primary school enrolment, gender parity in primary and high schools, lowering infant mortality and maternal mortality ratio, and empowering women as a new social and economic force for development and social change. The successes in micro-credit programs and informal education by the NGO sector (led by Grameen Bank, BRAC, Proshika, ASA and others), and the millennium development goals had many multiplier effects significantly changing the face of Bangladesh, particularly in the rural areas. The changes are simply amazing with access to education, new income opportunities, investments from remittances earned by migrants overseas, and increasing rural-urban mobility.

Starting with the Jamuna Multipurpose Bridge Project in mid-1990s, the boom in infrastructure development in key sectors – roads/highways, rail, energy, flood control, power, ports and urban renewal/development – contributed to the economic growth, consistently 7 to 8% annually, over the past 20 plus years. The Jamuna Bridge brought significant benefits in economic and social terms to the entire northwestern part of the country. The construction of Padma Multipurpose Bridge Project, expected to be operational in 2022, will be a milestone achievement. The economic activities, to be generated by the Padma Bridge Project, are estimated to contribute one percent to the national GDP.

Prime Minister Sheikh Hasina presided over much of the infrastructure development programs over the last 15 years. Her strong leadership in the construction of the Padma Bridge Project with internal resources (and without any external support) established a “new vision” for future investments in infrastructure development in the country. Recently, the Prime Minister established a multi-billion dollar Bangladesh Infrastructure Investment Fund to maintain the growth momentum as the economy is set to grow faster in the coming years to become an economic hub in the region.

Bangladesh has truly come of age. Fifty years ago, when Bangladesh emerged as an independent country in 1971, it was one of the poorest in the world. There is still poverty in the country, and the covid pandemic has made some dents in the economy and brought disruptions in health and human security. Even with this setback, the country is marching ahead with new possibilities. In 2019, Bangladesh overtook Pakistan as the second largest economy in the subcontinent. Bangladesh, once behind, has just surpassed India in per capita GDP, and placed one spot above India in the latest economic league of table by the International Monetary Fund. It is very clear that the country is coming out of the shadow of the two large neighbors in the subcontinent.

Today, Bangladesh is no longer a “test case” for development; it has earned the status of a “learning site,” according to a recent UN Human Development Report. The SAARC (South Asia Association for Regional Cooperation) heads of states who attended the 50 Years of Independence Celebration, which also coincided with Bangabandhu Sheikh Mujibur Rahman’s 100th Birthday Celebration, clearly mentioned that they had come to hear the Bangladesh story and learn from its successes.

Noble laureate Amartya Sen has been talking about Bangladesh’s success in poverty reduction and gender empowerment for the past several years. He has used Bangladesh as a “model” example in his many popular writings and public lectures globally. Recently, a columnist of the New York Times remarked that the Biden administration should look to Bangladesh for poverty reduction among the poor and the most marginalized in the US, sounding a reversal – i.e., Bangladesh as a development model for the US.