No normal ties with India till reversal of August 5 steps: PM 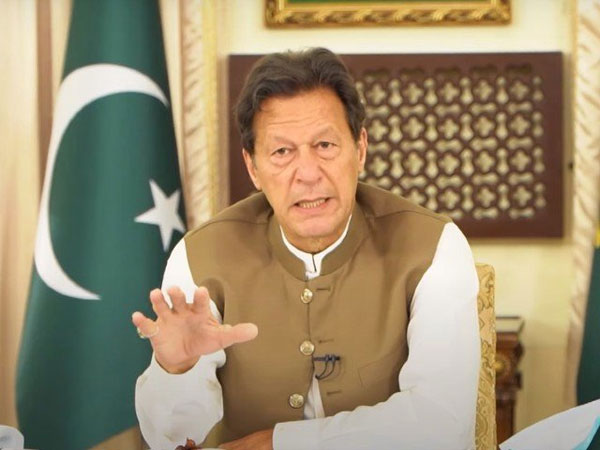 The prime minister has ruled out normalization of trade ties with India unless it reversed its illegal acts of August 5, 2019 on the Indian Illegally Occupied Jammu and Kashmir (IIOJK) and restore its status.

He made this appeal to the nation while responding to people’s telephone calls directly on Sunday. The programme was also broadcast live on state-run as well as private radio and television channels and social media platforms.

No normalization could happen with India unless it revoked its illegal steps on the IIOJK, he responded to a question.

“We have fought the Kashmiris’ case at all global fora in a way never happened in the past,” he said.

The prime minister said the import of sugar from India was rejected by the cabinet, which decided that no step would be taken for normalization of ties with the neighbouring country.

“I give you surety that no normalization of relations with India can take place unless it revokes its illegal steps,” he told a caller from Azad Kashmir.

Prime Minister Imran Khan has said that he cannot fight corruption alone, urging the nation to help the government in the war against this menace by adopting a holistic approach.

Prime Minister Khan said that the Pakistan Tehreek-e-Insaf (PTI) government has waged a Jihad against corruption to ensure rule of law in the country. He said the whole nation should help the government in this war by adopting a holistic approach. He said the same approach is needed in implementing the laws about crimes against children and women.

Before he started taking calls from the public, the Prime Minister urged people to “help yourselves and help the nation” by observing coronavirus standard operating procedures (SOPs). “I will advise everyone to wear this mask,” he said, gripping one in his hand.

The PM said it is the government’s responsibility to protect people during the infection. He cautioned people to wear masks in closed rooms where there is no ventilation and in buses and other means of transport. The Prime Minister said the third wave of coronavirus pandemic is more dangerous than the first two ones; and one could protect himself in a better way by wearing a face mask.

He said, “We cannot go for complete lockdown keeping in view its worst effect on the livelihoods of the poor segment of the society. However, if people do not follow the SOPs and situation worsens, the government could opt for it. If the current trend of the virus spread persists, it will put our health system and economy under tremendous pressure.”

Responding to a caller’s query, Prime Minister Imran Khan said the government is going to introduce a revolutionary agricultural policy that will address the issue of demand and supply of food items and reduce prices of essential items. He said, “With the use of information technology, we will be able to predict shortage of any commodity timely.” He said a package of agricultural reforms will be announced this month. He said the government is fully focused to control inflation.

Responding to a question regarding crimes against women and children, the Prime Minister said: “Just like we can’t get rid of corruption through laws, these crimes too can’t be eliminated through laws. We, as a society, have to fight this menace together.” He said such incidents will rise if vulgarity keeps increasing in society. The presence of the concept of veil in Islam prevents vulgarity, he added.

The Prime Minister said he has directed for a large-scale crackdown against brokers who are the major reasons for the sugar and flour price hike. He emphasised that keeping in view the recommendations of the task force formed to combat brokers, short-term, medium-term and long-term measures will be initiated.

Imran Khan said the government will ensure provision of all commodities at utility stores at subsidised rates during Ramazan. He said Ramazan Bazaars will also be established so that people could get essential items at affordable rates.

Answering another query, the Prime Minister said his government is working to introduce universal health coverage under Sehat Insaf Card in Punjab and Balochistan on the pattern of Khyber Pakhtunkhwa. He said the programme will prove to be a great revolution in the country’s health system.

Imran Khan said the distribution of health cards will be completed in Punjab by the end of this year. He said, “We are encouraging the private sector to invest in the health system that would lead to expanding the network of hospitals, relieving the burden on existing government hospitals.”

Responding to a caller from Azad Jammu and Kashmir, the Prime Minister made it clear that there can be no normalisation of relations with India until New Delhi reverses its illegal actions regarding Indian Illegally Occupied Jammu and Kashmir taken on August 5, 2019. He said that no government in the past had fought the case of Kashmir at the international forums as he did.

Responding to another caller, the Prime Minister said a crackdown has also been started against the land grabbers to recover the official and private lands from this mafia. He said the government has so far retrieved government land worth Rs450 billion from the mafia. He asked the nation to register their complaints regarding land grabbers on the PM Portal so that the government could act against them.

Imran Khan said the government has launched the Naya Pakistan Housing programme to provide low-cost housing units to the low-income segment. He said in this regard, mortgage financing has been introduced to provide loans to people on soft terms for houses. He said the construction sector is also being fully promoted by removing barriers in their way.

Prime Minister Khan said the country’s major economic indicators are moving in the positive direction. He said besides the major achievement of turning the current account in surplus for the last seven months, the government has also succeeded to give a boost to exports. He expressed confidence that with the achievement of stability in primary balance, the country will achieve economic growth in future.