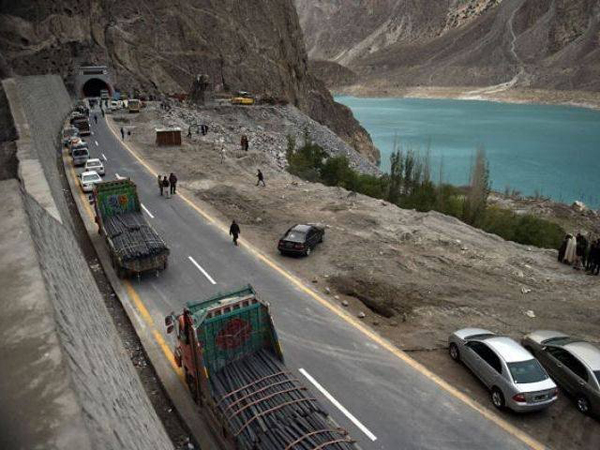 The AIIC Special Economic Zone under the framework of China Pakistan Economic Corridor (CPEC) is offering one window shop for foreign and local investors to bring investment in the different sectors, head of delegation of Overseas Pakistani Investors from Kingdom of Saudi Arabia (KSA), Chaudhry Muhammad Afzal told APP here on Wednesday.

The 13 members of delegation of overseas Pakistani investors from KSA visited the AIIC in Faisalabad to see the future investment opportunities and negotiated with the Chairman of Faisalabad Industrial Estate Development and Management Company (FIEDMC) MianKashifAshfaq.

He said, “We are demanding 200 acre land in the SEZ on 30 years lease and on 10 percent down payment for decreasing the cost of doing business in multi sectors”.

He said that the delegation of investors want to acquire land in Allama Iqbal Industrial City (AIIC) to establish their industries in different sectors and because of the more high-quality business environment and facilities offered by the government in SEZs.

He said that the AIIC is the largest industrial zone among prioritized SEZs in terms of area with 3217 acres and the Allama Iqbal SEZ has advantage of being adjacent to M3-Industrial city which comprises of large number of projects including agriculture and food, pharmaceuticals, information technology, chemicals and automotive.

He said that already Pakistan and Saudi Arabia have signed the agreement of $9billion investment in Petrochemicals in Gawadar and now a number of overseas Pakistani inventors not only from Saudi Arab but from European Union (EU) countries are also interested to bring investment in this potential sector.

Afzal said that after the execution of the mega project of CPEC, overseas Pakistanis are hopeful for economic emergence and industrial growth of Pakistan to provide state of the art facilities for investors in the local SEZs.

He said that CPEC is a game changer project not only for Pakistan but it will play the role of catalyst for regional and global trade by provide economic integration between the world markets.

He was of the view that economic and trade relations between Pakistan and Saudi Arabia possess great potential and there is dire need for Overseas, Pakistani investors to focus on SEZs.

Replying to another question he said, “We want government of Pakistan to relax the duties on the import of machinery for overseas investors, who want to bring investment in Pakistan and establish new industry.”

He said that the money transaction is also a major issue for overseas investors. There is a need to establish a banking channel after the negotiation of central banks.

He said that there is a need to promote small and Medium Enterprises (SMEs) in Pakistan, overseas Pakistanis are much interested in SMEs, which are a major driver to create employment opportunities in any economy.