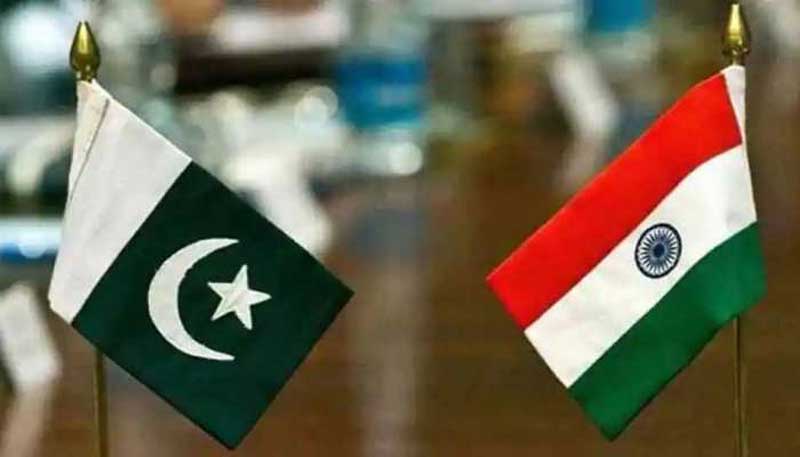 Pakistan has once again laid before the United Nations Human Rights Council (UNHRC) the ever worsening human rights record of India, putting the spotlight on the deteriorating human rights situation in Indian Illegally Occupied Jammu and Kashmir (IIOJK).

With its worsening human rights situation, India had become an extremist country where minorities live in constant fear. During the ongoing 46th session of the UN Human Rights Council, Pakistan took India to task for its massive human rights abuses and for the disinformation campaign directed against Pakistan.

It drew the world’s attention to the New Delhi’s unwillingness to stop its widely reported blatant rights abuses in Occupied Kashmir, severely condemned by the international community. The Council is meeting in Geneva from 22 February to 19 March at the United Nations Office, an event where Pakistan showed the world the real face of India stifling the voice of Kashmiris.

India has also unleashed a reign of terror against Muslims, Sikhs, Christians, Dalits – the low caste Hindus, and the list goes on. “India has failed and will continue to fail in hiding its brutal repression of Kashmiri people behind the self-serving smokescreen of terrorism,” Junaid Suleman, a Pakistani diplomat, told the Geneva-based Council in the exercise of his right of reply after an Indian representative made oft-repeated allegations about Pakistan’s involvement in terrorism.

“As Pakistan highlights India’s atrocities in Occupied Jammu & Kashmir, which have been well-documented by the Office of UN High Commissioner for Human Rights, UN Mandate Holders (rights experts) and international NGOs, the Council has yet to hear any response from India- a country that claims to be world’s largest democracy but has shamelessly violated every human rights principle, norms and laws,” said Suleman, a second secretary at the Pakistan Mission in Geneva.

The Indian representative, Pawankumar Badhe, had reacted to Pakistan Ambassador Khalil Hashmi’s speech in which the Pakistani envoy had urged the UN rights chief to conduct an impartial investigation into India’s multiple violations of human rights in the disputed territory.

Pakistani diplomat Suleman said, New Delhi’s “compulsive obsession with Pakistan is neither new nor surprising”, and pointed out that the Indian government had deployed tools of deflection, deception and disinformation as evident from the EU DisInfo Lab’s two investigative reports and the “infamous Goswami saga”. He also mentioned the shuttering of Amnesty International’s office last year and vicious attacks on the UN Human Rights machinery.

Suleman said, “India’s façade of a practicing democracy stands exposed today … its representative can no longer mask the facts that only in India dissent is sedition, India is a country where human rights activists are branded as terrorists and where peaceful protests are treated as part of an imaginary global conspiracy against a failing State.

The farmers in India were out in the streets and had placed New Delhi under siege for the past three months”. “From forced conversion to arbitrary denial of citizenship rights, and from state-sanctioned communal violence to apartheid policies, the BJP-RSS regime has now codified the choice between extermination or total submission for India’s minorities,” he said.

“With a documented history of pogroms in Gujarat, Muzaffar Nagar, Malegnon, and most recently in Delhi, many independent observers have been obliged to conclude that in India, a cow is safer than an Indian Muslim.”

“No amount of empty rhetoric and dubious grandstanding can alter these hard facts,” Suleman said. Pakistan also urged the UN Human Rights Council to step up efforts to get access for independent observers into Illegally-Occupied Jammu and Kashmir (IIOJ&K) to conduct an impartial investigation into reports of multiple violations of human rights in the disputed territory.

“Failure to hold India accountable for human rights abuses in IIOJ&K will erode the credibility of this Council, its members, and the global human rights agenda,” Ambassador Khalil Hashmi, Pakistan’s permanent representative to the UN in Geneva, said in the 47-member body’s general debate.

He said the ‘UN Mandate Holders’ (independent rights experts) warned about continuing demographic changes in IIOJ&K on a religious and ethnic basis, as over three million illegal citizenship certificates were issued to non-Kashmiris.

Last year, he added, the UN Experts had characterized the grim human rights situation in IIOJ&K “in a free fall” and called on the international community to “step up”.

“India continues to use torture and brute force, including pellet guns and inflict collective punishments through house demolitions as well as cordon-and-search operations in IIOJ&K.”

Over a thousand Kashmiri civilians are illegally imprisoned since August 2019, the Pakistani envoy said, adding that hundreds of habeas corpus petitions were pending before Indian courts.

“Indian military and the deep State rule the Occupied Territory with a ‘license to kill’ any Kashmiri daring dissent”.

“Such a gross, systematic and continuing violations meet all the elements of objective criteria for a human rights situation warranting the Council’s attention and triggering its ‘prevention mandate’,” he said of the procedure to push for access for independent observers, accountability of perpetrators, and establishment of a commission of inquiry.

The UN High Commissioner for Human Rights, Michelle Bachelet also expressed her “concern” over the deteriorating situation in Indian occupied Kashmir and said the farmers’ protest against farm laws around New Delhi called for ensuring that legislations are based on consultations with stakeholders.

“Despite the recent restoration of 4G access for mobile phones, the communications blockade has seriously hampered civic participation, as well as business, livelihood, education, and access to health-care and medical information,” she said. The UN High Commissioner for Human Rights was also critical of action taken by Indian authorities against journalists covering the protests and efforts to curb freedom of expression on social media.