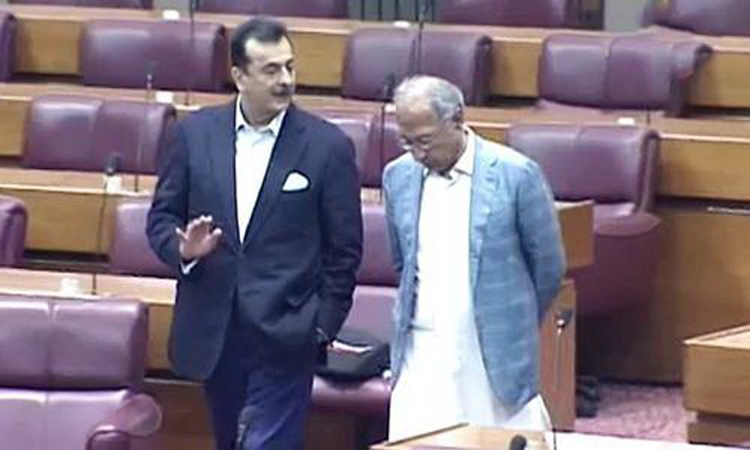 Voting was held for 37 vacant seats of the Senate as 11 senators had already been elected unopposed from Punjab due to withdrawals from the opposing candidates. Polling was held for 12 seats each of Balochistan and Khyber Pakhtunkhwa, 11 of Sindh and two of the federal capital.

The PPPP came on top in Senate elections from Sindh by winning seven seats, while PTI and MQM-P clinched two seats each. While announcing the results, Provincial Election Commissioner (Sindh) and Returning Officer (RO) for Senate Elections Ejaz Anwar Chohan said that a total of 167 votes were cast out of 168 votes in the Sindh Assembly. He said that in the category of women, PPPP’s Palwasha Mohammad Zai Khan and Khalida Ateeb of MQM-P were elected. While on the seats of technocrats, Farooq Hamid Naek of PPPP and Saifullah Abro of PTI stood victorious. On the general seats, PPPP won five seats while PTI and MQM-P got one seat each. PPPP’s Sherry Rehman, Saleem Mandviwala, Taj Haider, Shahdat Awan and Jam Mehtab Hussain Dahar while PTI’s Faisal Vawda and MQM-P’s Syed Faisal Ali Subzwari won the elections on the general seats.

On two seats of technocrats, PTI’s Dost Muhammad Khan and Muhammad Hamayun Mohmand were elected as senators by securing 59 and 49 votes respectively. The lone seat for non-Muslim was also clinched by PTI’s Gurdeep Singh, who got 103 votes. Similarly, PTI’s Sania Nishtar and Falak Naz remained successful by getting 56 and 51 votes respectively on two women seats.

Unofficial results of 12 seats of Senate elections were announced in Balochistan where 65 member of provincial assembly cast their votes on Wednesday.

The polling started at 9am and continued till 5pm without any break. The ECP staff reached the Parliament House in Islamabad early morning on Wednesday. In the National Assembly, the first vote was cast by PTI’s Shafiq Arain, while the second one was cast by Federal Minister for Water Resources Faisal Vawda.

Meanwhile, the vote of PTI lawmaker and Chairman of Parliamentary Committee on Kashmir Shehryar Khan Afridi was feared to have been rendered invalid after he signed his ballot paper. He later submitted a request to the ECP presiding officer seeking permission to recast his vote.

In the application, Afridi stated that he had been “feeling unwell for past few days” and couldn’t attend party meetings for preparation for the Senate polls. “When I approached you to cast my vote I asked you and your staff but they failed to guide me. Later, I put my signature on the ballot papers instead of putting numbers,” he said while addressing the presiding officer, requesting permission to recast his vote. However, his request was turned down by the presiding officer.