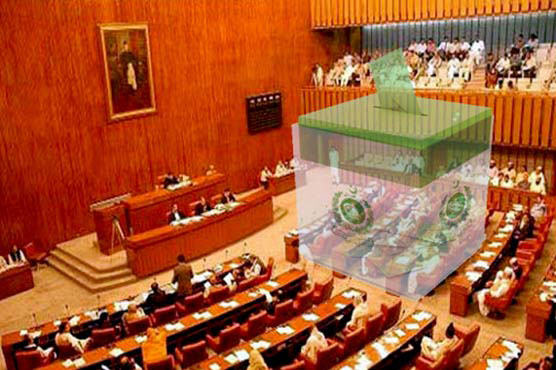 During the on-going senate elections 2021 Member of National Assembly (MNA) and polling agent Ali Gohar on Wednesday has raised objection over the voting process for elections.

The agent expressed concerns over the electoral staff member’s performance and that they are not performing their duties with honesty. He stated that the staff members are making different excuses to check the votes.

The ongoing polling process in upper house of the Parliament is suspicious, Gohar expressed.

Ali Gohar further said that Election Commission of Pakistan (ECP) has been informed about the concerns.

It is to be mentioned that the voting for the hyped Senate elections is underway through the traditional practice of secret ballot in Parliament House and Sindh, Balochistan and Khyber Pakhtunkhwa assemblies.

The elections are being contested for the 37 vacant seats.