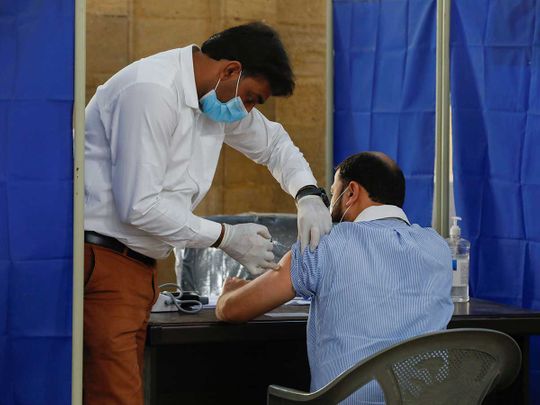 At Mayo Hospital Lahore, a staff member and his wife tested positive three weeks after getting the Chinese Sinopharm vaccine. The positive testing created doubts about the re-exposure of the virus.

A health official suggested other vaccinated health professionals for sampling. The health authorities should immediately prepare data and analysis reports of coronavirus vaccine to clear any confusion, he added.

“We were among the first seven employees of the Mayo Hospital Lahore finalised for the vaccination,” Mr Bhatti told local media. He further stated that he was a supervisor and designated to look after the protocols of COVID patients. He was also assigned to shift bodies of the victims of the virus.

Prior to getting the second dose of vaccine, Bhatti told local media that he felt symptoms and was suggested a COVID test. His and his wife’s test came out positive on 28th February.

Health and medical experts expressed concern over the positive tests of the vaccinated staff members as three week period is enough to develop immunity.

A senior physician was of the view that there were conflicting reports about the efficacy of Covid-19 vaccines. Some shots offered 75 per cent immunity and others 95pc, but the exact duration that the immunity lasted was not known yet.