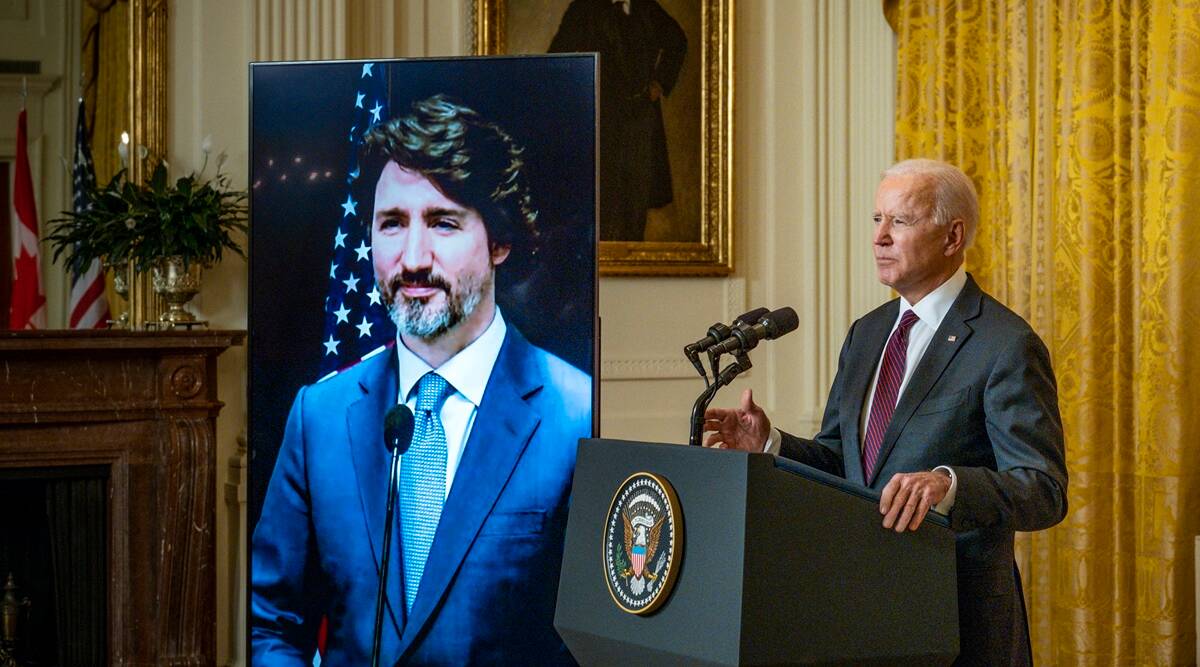 Washington, Feb 23: US President Joe Biden and Canadian Prime Minister Justin Trudeau met virtually by video on Tuesday to calm the waters after the turbulent Donald Trump era, renewing an emphasis on the neighbors’ far-reaching alliance.

The White House is touting that the extensive talks — held by video because of the Covid-19 pandemic will provide a “roadmap” for better relations. Trump, who previously recategorized Canada and other traditional US allies as hostile competitors, had a sometimes tense personal relationship with Trudeau.

“It is a fitting testament that… this is his first bilateral meeting,” White House Press Secretary Jen Psaki told reporters.
Biden sees his role as being the one “to rebuild relationships, rebuild trust,” she said.

The White House highlighted the weight it puts on the relationship by emphasizing how US-Canada ties play an important role in multilateral settings, from the G7 to NATO, the Five Eyes intelligence alliance and the WTO. Underlining a reset from Trump’s typically bruising trade policies, the White House said the “roadmap” includes working “towards reviving the North American Leaders’ Summit as a recommitment of solidarity among the United States, Canada and Mexico.”

But while Canada is looking forward to more reliable behavior from its largest trading partner, Biden has already introduced his own new source of friction by canceling the cross-border Keystone XL pipeline project, citing environmental concerns.

The purpose of the meeting was to strengthen the strained ties between Canada and US. The meeting discussed climate change, coronavirus and economic recovery and other related issues.

“Today’s meeting with President Biden further strengthens our two countries’ strong and historic ties. I look forward to continue working together to end COVID-19, and build back better to grow the middle class and create good jobs,” the statement from Trudeau reads.