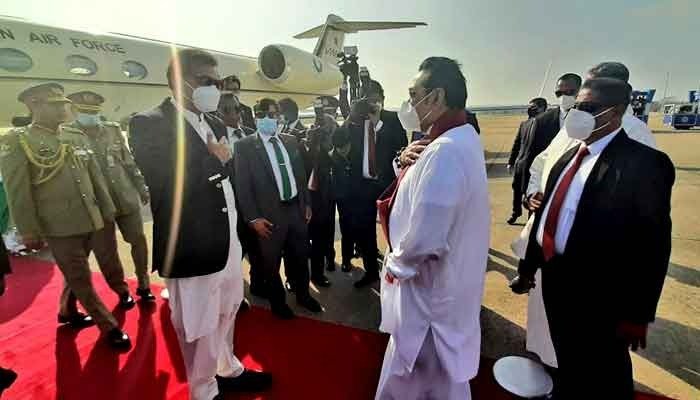 The Prime Minister was given guard of honour by the contingent of Sri Lankan forces and a gun salute at a special welcome reception ceremony held at the airport.

A red carpet was rolled out for Prime Minister Imran Khan and national anthems of the two countries were played on the occasion. Cultural troupe attired in traditional dresses presented a welcome dance.

“The prime minister will also lead the delegation-level talks, covering all areas of cooperation between the two countries including trade and investment, health and education, agriculture and science & technology, defence and security, and culture and tourism,” the Foreign Office said.

During the visit, the spokesman said that the reconstitution of the Sri Lanka-Pakistan Parliamentary Friendship Association will be announced to further promote parliamentary exchanges between the two countries.

The Prime Minister will also participate in a joint ‘Trade and Investment Conference’ aimed at promoting trade and investment between the two countries. A number of MoUs to enhance bilateral cooperation will be signed during the visit.

Prior to his departure, Prime Minister Imran Khan’s speech at the Sri Lankan parliament was canceled by the local government showing concerns regarding the spread of coronavirus.