Iftikhar Chaudhry: the ‘architect’ of bullying and hooliganism by lawyers

* PBC, SCBA need to put in place a transparent system of internal accountability so that fast-fading respect and dignity of the legal profession could be restored 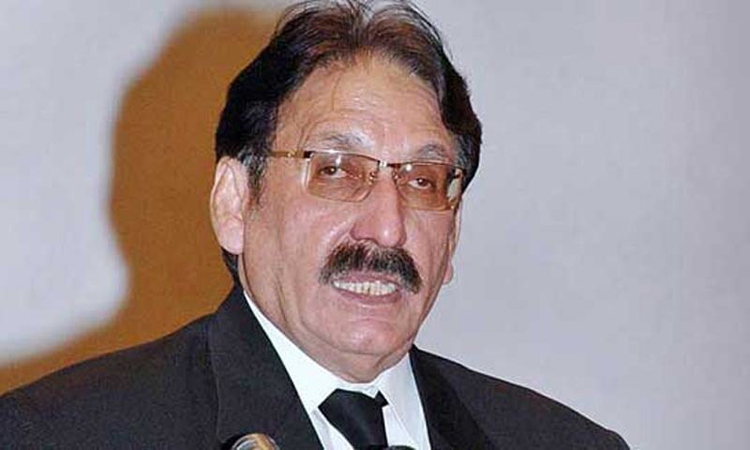 An ideal professional relationship between the bar and the bench is vital to ensuring an affordable and speedy justice system, however the recent incident at the Islamabad High Court premises has shocked and shamed everyone, including the sane voices in the legal profession.

Could it have been imagined a few years ago that a time will come when a mob of lawyers would target a sitting chief justice of the Islamabad High Court, who stood up for the rule of law during the lawyers’ movement for the independence of the judiciary in 2007. The chief justice of the Islamabad High Court, a highly respected figure in judiciary, was made hostage for hours over the demolition of illegal chambers of lawyers built up on the encroached public land. Such condemnable and shameful acts by lawyers are rapidly increasing with wach passing day. The lawyers in the courtroom misbehave with judges of lower judiciary, beat litigants and clash with the police in the court premises.

It is often said that not all of the legal community is responsible for such incidents, however, no serious efforts have been ever made by the senior members of the fraternity to stop and punish the elements involved in such hooliganism.

All such incidents are the aftershocks of the lawyers’ movement of 2007. Former chief justice Iftikhar Chaudhry appointed active leaders of the lawyers’ movement as judges after his reinstatement to the apex court. During the same period, judicial activism was promoted. A huge number of suo motu notices were taken; harsh comments were passed just to humiliate the administration and bureaucrats and certain people were targeted to settle personal scores. After reinstatement, Iftikhar Chaudhry politicised the whole judiciary for his personal and self-serving motives.

During the tenure of Iftikhar Chaudhry, politically motivated rulings were passed which made state to lose billions of US dollars, especially in Pakistan Steel Mills, Reko Diq and Karkey cases. The country faces a $6 billion fine imposed by the International Arbitration Court in the wake of Iftikhar Chaudhry’s decision in the Reko Diq case alone, on which President Dr Arif Ali has said that a reference should be filed against the former chief justice in the Supreme Judicial Council.

Former chief justice Asif Saeed Khosa also expressed concern over the deplorable attitude of lawyers across country towards the bench as well as litigants, especially after the 2007 movement. Addressing a ceremony in Islamabad, he had said that another movement like that of 2007 was needed in the country to restore the dignity of lawyers.

In the backdrop of the recent incident at the IHC, efforts are being made to resolve the issue through mutual understanding from the platform of the Pakistan Bar Council. In this regard, bar leaders have also held a meeting with Chief Justice Gulzar Ahmed. While the largest representative body of the lawyers is trying to resolve the issue, reports say some active lawyer leaders belonging to Rawalpindi Bar are protesting against police raids on the homes of ‘innocent’ lawyers. Reportedly, a lawyers’ march from Rawalpindi to Islamabad is also being planned and lawyers are being provoked by none other than the ‘frontmen’ of Iftikhar Chaudhry. The deteriorating state of justice system in the country and such incidents by lawyers are a matter of serious concern. Cooperation as well as professional working relationship between the bar and the bench is the only way to address the shortcomings of the judicial system and to provide quick and cheap justice to the people. The Pakistan Bar Council and the Supreme Court Bar Association must put in place a transparent system of internal accountability so that the fast-fading respect and dignity of the profession could be restored.