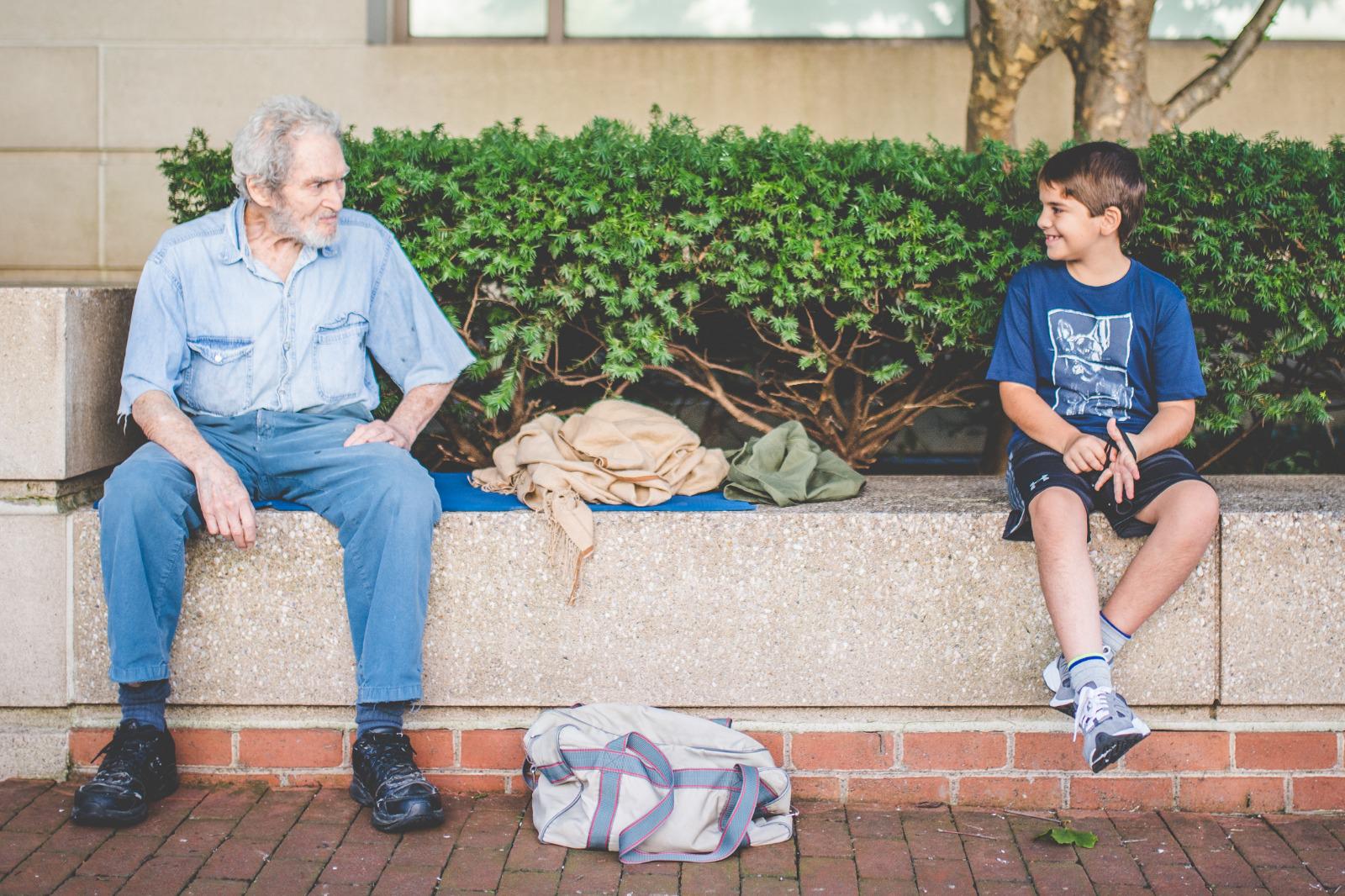 Have you ever felt that strong sense of guilt when you pass by a homeless person asking you for money? Rushing to your lunch meeting, you simply didn’t have the time to stop and give that person money or even afford them the basic dignity of being addressed. If you carry those feelings of guilt, then you’re not alone.

And if you live in Washington, D.C, you’ve probably grown accustomed to the daily sight of homeless people sleeping on the streets. According to the National Alliance to End Homelessness, Washington D.C.’s homelessness rate is the highest in the entire country.

A new short film, Tikkun Olam, raises the importance of this topic in a fictionalized story. Written and directed by Pakistani-American Bob Ahmed (Babar Ahmed), the film has been officially selected to premiere at the 19th Annual Garden State Film Festival, New Jersey’s premier film festival.

I talked with Ahmed about what inspired him to make this short film. Ahmed explained, “While working for an organization near the White House, I passed homeless people every day as I strode along thinking about my upcoming meetings, what I’d have for lunch, about how I’d impress my boss. Then one day, my brother told me he was very upset as he had seen an elderly homeless man collapsed on the ground and everyone had walked by, until my brother called an ambulance. I thought to myself; I am one of those people who walk by every day. I had been blinded to the world around me. It was at this moment that my brother and I realized a film on this topic was both vital and urgent.”

Ahmed, perhaps the most accomplished Pakistani-American filmmaker, is known for the critically acclaimed 2014 Mongolian/American movie, Amka and The Three Golden Rules. Classified by Emirates Airlines as “one of the great movies worth watching from around the world”, the film has won several awards at international film festivals.

So what is the meaning of Tikkun Olam? “A concept of performing acts of kindness to repair the world,” says Ahmed. The story in his film follows a kind-hearted young boy, still unable to tie his shoe laces, who encounters a homeless war veteran. Through his act of kindness the boy brings dignity and respect back to the man’s life. The film’s emotional core takes place when the homeless veteran is unconscious on the street in the middle of the day. We see people walk by and simply refuse to acknowledge another human being in distress, until finally the young protagonist arrives on the scene.

Tikkun Olam packs a powerful one-two punch, evoking both anger and inspiration. This is an urgently needed story of hope, in our broken world today. Every beat of the story feels authentic, avoiding any hint of melodrama. Pure visual storytelling heightens the emotional engagement and escalating tension, with barely three or four lines of dialogue in the entire film.

Actor Alexander Barnett draws on his vast experience of playing roles such as Macbeth and King Lear to bring a fully fleshed-out character in the homeless veteran. And his young co-lead, Alexander Fox, goes toe-to-toe with the experienced actor, delivering a subtle and blistering performance, which leads to real tears.

While many positive steps have been taken to tackle homelessness in Washington, D.C, this is still a difficult issue to untangle that can appear both overwhelming and hopeless. And it may seem that only a child has the time and heart to notice the same homeless man on the sidewalk for several days in a row.

However, Ahmed’s short film is not just about the innocence of childhood but about the kind-hearted child within us all.

Scholar of Film and Film History