US pigeon to ‘face consequences’ of illegal entry, says Australia 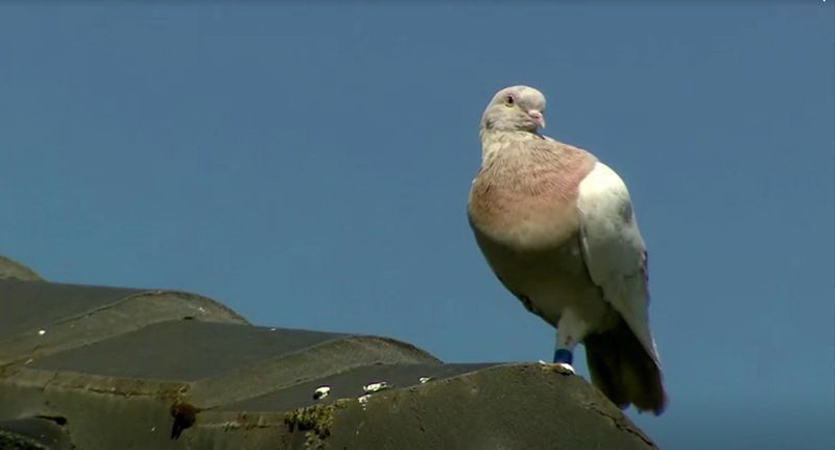 A pigeon that survived the long journey to Australia from the United States could be put down due to the strict biosecurity rules in the country, but a trip back home is also on the cards after support increased for a pardon. “Humane destruction of the bird is the best safeguard for Australian poultry and wildlife,” Australia’s agriculture department said in a statement.

Melbourne resident Kevin Celli-Bird found the pigeon in his garden on Boxing Day and discovered by way of the bird’s tag on its leg that it was registered to an owner in Alabama state in the United States, Australian media reported.

Authorities said an investigation has begun to find the authenticity of the U.S. tag as it was unlikely the bird flew more than 13,000 kilometres (8,000 miles) to Australia and could have been a hitchhiker on a cargo vessel.

Authorities are also looking at options to manage the biosecurity risks and this may include moving the bird back to the United States, if authorities there agree.

The pigeon, which has been named “Joe”, has gained popularity in social media platforms with many tweeting with the hashtag #joethepigeon demanding its safe return to the United States.

“My wife named him Joe. She was going to call him Donald but we thought that might not be politically correct, so she called him Joe instead,” Celli-Bird told TV broadcaster Nine Network.

Australia has strict quarantine regulations on bringing live animals or birds into the country to prevent diseases from spreading on the arid continent.

“If Joe has come in a way that has not met our strict biosecurity measures then bad luck Joe. Either fly home or face the consequences,” Deputy Prime Minister Michael McCormack told reporters.

Hollywood actor Johnny Depp and his then wife Amber Heard in 2015 were charged with illegally bringing their Yorkshire terriers Pistol and Boo into Australia but were let off in the court with a good behaviour bond.