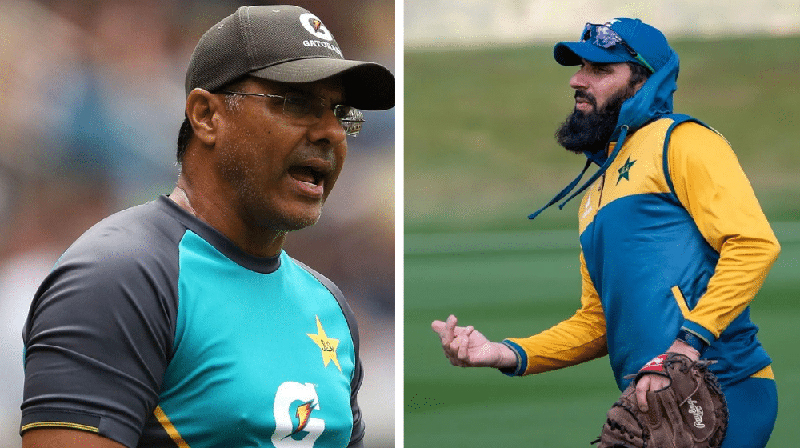 LAHORE: The Pakistan Cricket Board’s Cricket Committee has expressed its dissatisfaction over the national team’s performance against New Zealand in the recently concluded Down Under series but has recommended head coach Misbahul Haq and bowling Waqar Younis services to be retained. The coaches were under fire after the Kiwis thrashed Pakistan, with the Men in Green winning only one out of three T20Is, and losing all matches of the Test series. Heading into yesterday’s meeting, speculation was rife that Misbah and Waqar jobs could be on the line, if committee members were to be unimpressed with their explanations.

The PCB, in a statement after the meeting on Tuesday, said that the committee, headed by former Test cricketer Saleem Yousuf, expressed its dissatisfaction on the side’s performances but acknowledged the fact that the team had competed in the unprecedented and challenging COVID-19 circumstances. “The committee observed that due to the extra-ordinary situation a few experienced players were absent and that, in turn, contributed towards the overall below-par performances,” said the statement. The committee also recommended that the PCB continue to support and back the team management, whilst suggesting that the next performance appraisal be conducted following the home series against South Africa.

“The PCB Cricket Committee unanimously agreed that the backroom staff needed to provide absolute clarity on their collective strategy and approach so that they could be evaluated and assessed against those objectives at the next meeting,” added the statement. The committee urged for more “scientific and data-based” strategy to be adopted but largely gave the benefit of the pandemic to team and its officials. It scheduled another review after the South Africa series but warned that this time “there will be no points for second place.”

Saleem Yousuf said: “The PCB Cricket Committee carried out a holistic but constructive, fact-based and objective review of the Pakistan men’s cricket team in the past 16 months. There is no denying the fact that we all want to see our side ranked amongst the top three or four cricket playing nations and our recent performances do justice with neither those expectations nor the talent we boast. Nevertheless, we also need to take into consideration a number of other factors and the committee was of the view that cricket during the Covid-19 pandemic was one of the biggest contributing factors in the side’s dismal performances. The challenges of playing in Covid-19 protocols have not only been faced by the Pakistan men’s national team, but by all the sides presently involved in international cricket and these concerns have been regularly raised by the team coaches and elite cricketers. All professional and high-performing athletes require an environment where they can prepare their best for the international stage, which was not the case for the last two tours and most definitely not at the last tour where players had been confined to their rooms for two weeks due to the policies of that particular Covid-free country.” Zakir Khan, Director International, updated the PCB Cricket Committee on the Pakistan men’s cricket team’s commitments in the 2021 calendar year, which will commence with the home series against South Africa.