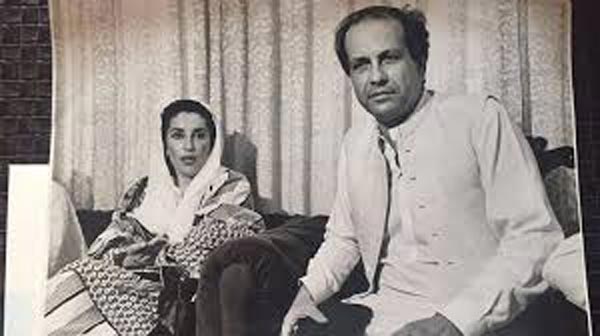 I never met Salmaan Taseer but I knew him since my childhood.I first came across the name Salmaan Taseer as an 8 year old. Salmaan Taseer was contesting elections from a constituency in Lahore and as a child of enthusiastic PPP supporters I often heard is name on the dinner table. He won of course and I remember holding the PPP flag with the teer (arrow) going through his constituency. Next time I heard his name was in the 1990s when PACE, probably Pakistan’s first mall and definitely Lahore’s, became the place to hang out. The man was a visionary as a businessman and one does not need to go into his many triumphs in the field of business. Those are well known. My next encounter, as it were, in 1999 was through the book Taseer had written about Zulfikar Ali Bhutto. The book was Bhutto, a political biography, which I came upon by happenstance at the Rutgers library. As a college student in America with a PPP background I found his account Pakistan’s former prime minister and martyr Bhutto fascinating. It was through this book I learnt the word “conundrum”, the word he used to describe Zulfikar Ali Bhutto. Every time I see this word, I go back to that moment and the idea of nuance that it carried. Other than being a great businessman Taseer was a magnificent writer. His clear prose, without any pretense, had a powerful effect.

It was no wonder that he founded Daily Times in the tradition of Pakistan Times. There was something of MianIftikharuddin in him. MianIftikharuddin, one of the pioneers of Pakistan, had founded Pakistan Times and Imroze. The Pakistani establishment destroyed both of these papers systematically. Daily Times through the past two decades has stuck by progressive politicsthrough the past two decades keeping alive Taseer’s legacy. When I came back to Pakistan, one of my earlier jobs was as a subeditor at Daily Times. I was struck by the boldness of with which the paper tackled the issues of the day. Years later I began writing for the paper, something I have continued to for over a decade now. I feel that some of the things I got away with could have only been written in Daily Times.

One of the last interviews that Salmaan Taseer he quoted his uncle Faiz’s verse “rakhtedil band lo dilfigaronchalo, phirhameinqatl ho ayenyaaronchalo”.It was a powerful moment, especially in context of what was about to happen a few days later. There was another verse from the same poem that is also appropriate: Un kadamsazapnaysivakonhai, shehar-e-jananmein ab basafakonhai, dast-e-qatilkeshayanrahakonhai”. The supreme sacrifice thatTaseer was about to make fit this verse. After all, it was Taseer alone who had the courage to stand up for the hapless Christian woman who was falsely accused of blasphemy. He went further than that and called the blasphemy law itself Zia’s draconian law, which had nothing to do with Islam. This is a valid position by even the Islamic canon but an illiterate fanatic who knew next to nothing about Islam silenced this voice. SalmaanTaseer proved by his supreme sacrifice that there was no one who had the courage to stand up for those who are voiceless in this country. Six months before his assassination, he had the moral courage to visit the Ahmadi place of worship after the dastardly attack on the community, which claimed 95 lives. No other politician could dare to do this. Only Taseer could do it. I remember the next day driving around Lahore almost inconsolable. It was as if a pillar had fallen. This was my last encounter with SalmaanTaseer who is one of the few who this country can be proud of.