Protest in Kashmir on 500 days of Indian military siege

An anti-India public protest was organized under the aegis of Pasban-e-Hurriyat Jammu and Kashmir on the completion of 500 days of Indian military siege, oppression, terrorism and forced partition of the state on August 5, 2019 in occupied Jammu and Kashmir. 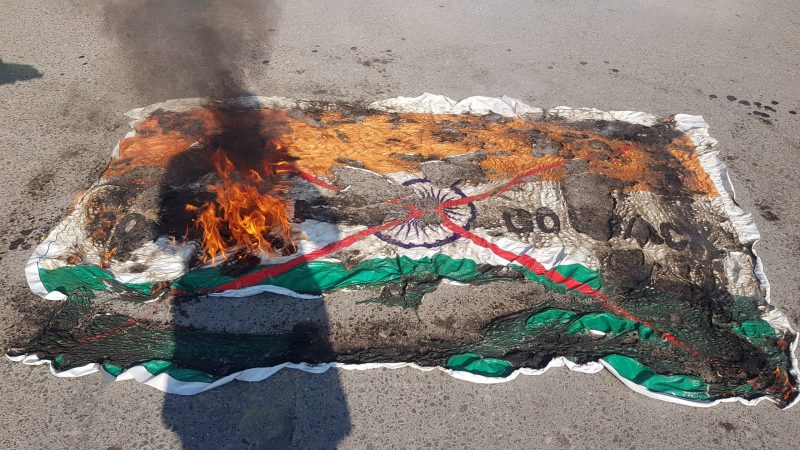 According to details, hundreds of protesters chanted anti-India slogans and set fire the Indian flag.

People gathered at Burhan Wani Shaheed Chowk and chanted slogans for the independence of Kashmir.

He maintained that India has set the worst example of state repression by removing the identity of Jammu and Kashmir.

He said, “The Indian government has imposed the longest curfew in human history since August 5, 2019, destroying the economy worth billions of rupees in the state and leaving the people jobless.”

He voiced that the nefarious plan to settle citizens in the disputed state has begun.

He said that Kashmiri people would thwart these heinous plans of India in any case.

He further said that in during these five hundred days, 291 Kashmiri citizens were martyred in fake military encounters, crackdowns, sieges and search operations and thousands of civilians were injured with bullets, pellet guns and baton charges and these are the testimonies of the worst acts of terrorism.

Speakers said that the savage government of the BJP is taking every step against Islam and the Kashmiri people in Jammu and Kashmir to eradicate the identity of Islam from the state.

They were of the view that India has now formally started establishing permanent military colonies, which is a reprehensible act.

They added that it is the constitutional responsibility of the United Nations, the Security Council, the OIC and international human rights organizations to go ahead and prevent India from massacring humanity in the disputed state.

People in the protest demanded UN to play a practical role in fulfilling the promise of referendum/Plebiscite according to UN resolutions.