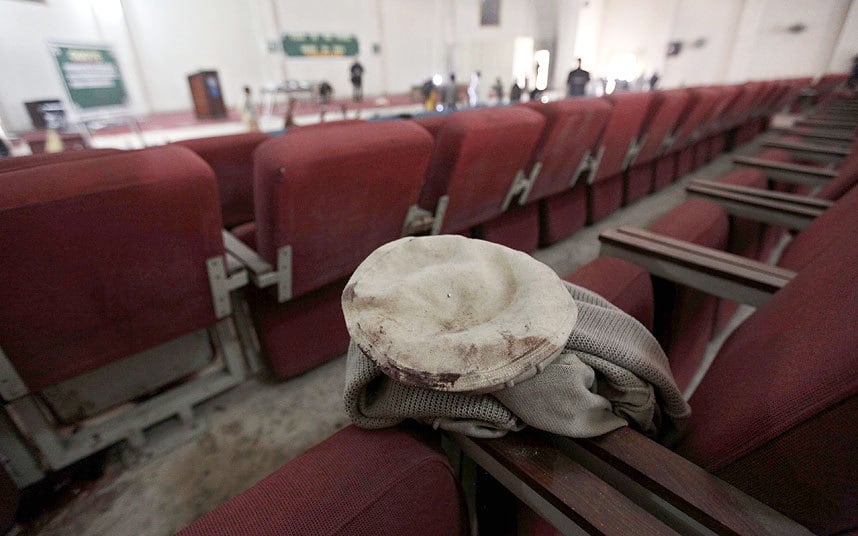 The tragic carnage at Army Public School (APS) in Peshawar on 16 December 2014, still sends shivers up the spine even six years later, when a terrorist attack claimed around 150 lives, of whom mostly were school children. The day is remembered as a black day in the history of Pakistan, when terrorists stormed APS early in the morning, and killed every soul that came in their way.

One survivor of that attack, Ahmad Nawaz , who personally witnessed all the killings is now campaigning for the empowerment of youth through education. Ahmed Nawaz lost his younger brother to the APS tragedy, along with many of his friends and teachers on that day. Ahmed, himself suffered serious injuries at that time that the doctors almost considered to amputate his arm, which was critically wounded during the attack. But, fortunately he has been fully recovered following his treatment at Birmingham’s Queen Elizabeth Hospital.

Ahmad Nawaz is currently studying at Lady Margaret Hall, University of Oxford, the same Alma mater of former Prime Minister Benazir Bhutto and Malala Yousufzai. He is actively involved in the prestigious Oxford Union, elected to the union’s committee where he has been inviting world leaders to speak at the University. In addition, he is also involved with the Pakistani Society as well.

Speaking exclusively to Daily Times on the 6thAnniversary of APS tragedy, Ahmad Nawaz termed 16 December 2014, as an extremely dark day but added; that the tragedy strengthened and united the entire nation to fight terrorism , regardless of their political beliefs. The nation’s unity and resolve against terrorism following the APS tragedy was the moment when the downfall of terrorism began in Pakistan, Ahmad added. He said he was sure that no such attacks would occur in Pakistan, if more of us stand up against extremism, and educate our young people to make a better future for our youth.

While living thousands of miles away from Pakistan, Ahmad Nawaz, a victim of terrorism himself has been working on various projects to steer away Pakistani youth from the menace of extremism and radicalism. Sharing his future plans for the young people through his Ahmed Nawaz Trust foundation, Ahmad said, he has initiated the work in the field of education by providing scholarships to various students in Pakistan’s north western province of Khyber Pakhtunkhwa. He is planning to start new projects to involve Pakistani youth especially on sustainable development goals as he believes that Pakistani youth have not been focusing on these issues and even the leadership did not encourage them to do so.

In the UK, soon after he was discharged from the hospital, he stated that with the anti-radicalisation campaign in 2015 in Pakistan, the aim was to stop young people from going towards extremist groups. He has been playing a leading role this campaign touring across the UK, speaking at conferences at various educational institutions, talking to students sharing his own experience to discourage them from radicalisation and extremism.

Ahmad Nawaz has also initiated a global campaign, with focus on empowering the youth through education, by giving them voice and other opportunities so that they can come forward in their communities. In this regard, he attended various conferences, was invited by the President of Portugal last year in May to speak at the World Leader Conference, as well as spoke at One Young World Conference and UK’s House of Lords. Since, young people who have been deprived and underprivileged in various parts of the world, have been Ahmad’s main focus, he mentioned that he built a school in Lebanon for the Syrian refugees’ children, and considers it an achievement.

Ahmad Nawaz said that earlier he wished to become an Army officer or a doctor, but following the 16 December attack, his primary aim is to ensure no such attack happens again, and he hopes to work with United Nations and other global organizations to make the world a peaceful place.

Ahmad said he wants to convey a message to the young people in Pakistan, that we should do more for the country, instead of expecting something from it. The future of Pakistan has always been dependent on the youth, and it is pertinent for them to actively contribute for a much better future for the generations to come, and avoid any APS like incidents in the future, Ahmad Nawaz concluded.