*Resolution of the joint meeting of the Central Executive, Central Working Committees, Members of the National Assembly and the Senate of the PMLN*

LAHORE: A joint meeting of PMLN Central Executive Committee (CEC), Central Working Committee (CWC), National Assembly and Senate members was held at Central Secretariat 180H Model Lahore in which the overall situation of the country reviewed and after detailed consultation the following resolution was passed.

The joint meeting fully supported and endorsed the decisions of the Pakistan Democratic Movement (PDM) and reiterated its commitment that all PMLN members of the parliament will submit their resignations to the party leadership by December 31. And will empower the party leadership to submit their resignations to the concerned speakers in due course.

It noted that thanks to the incompetent and corrupt policies of Imran Niazi’s government, Pakistan has been plunged into the worst economic, political and external crises. In order to save Pakistan from these crises, the meeting demanded that the way be immediately paved for free, fair, transparent and fair general elections in the country so that the truly representative leadership of the people can lead the country out of its maelstrom.

The party fully supported the statement of Quaid-e-Azam Muhammad Nawaz Sharif and reiterated its commitment to continue the struggle to transform Pakistan into a truly constitutional, Islamic, democratic and welfare state as envisioned by Hazrat Quaid-e-Azam Muhammad Ali Jinnah. PMLN Believes it is imperative that the interference of the establishment and the intelligence agencies be completely eliminated so that the slogan of respect for the vote can become a reality.

It renewed its pledge that the Party leaders and activists will not back down from the false and politically vengeful cases leveled against them in the NAB, FIA and the Anti-Corruption Department. 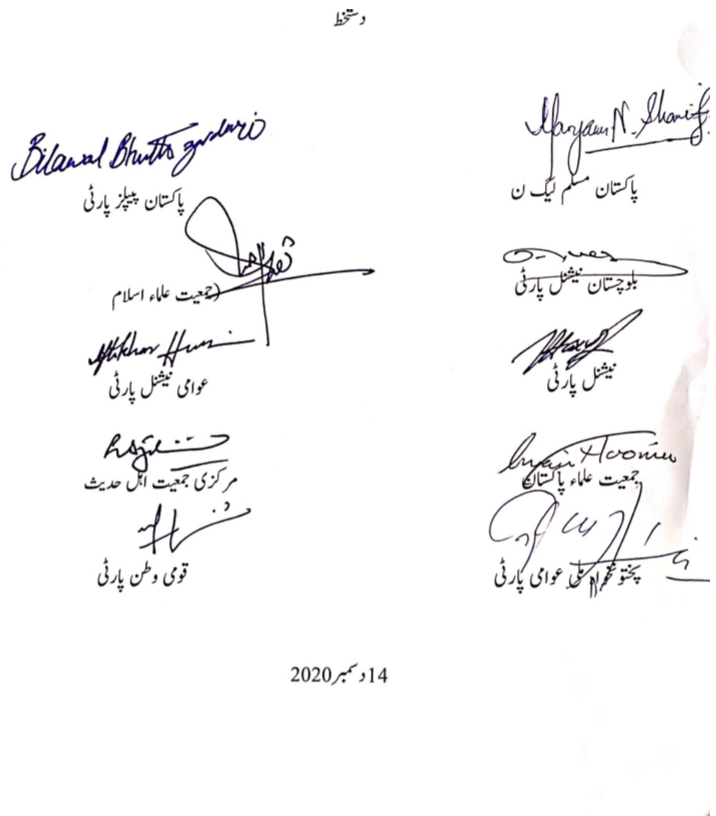 The meeting declared that inflation has deprived the people of their right to life. Prices of flour, sugar, vegetables, eggs, cooking oil, lentils are skyrocketing. Today the people have longed for the bread of one time. It pointed out that the continuous rise in electricity and gas prices has emptied the pockets of the people. The brutal rise in drug prices has forced patients to the brink of death. The collapse of the economy has, on the one hand, troubled the industrialists, businessmen and business community, on the other hand, the massive unemployment has eroded the social fabric. It observed that the severity of the problems is increasing on a daily basis, which is emerging as a serious threat to internal unity and national security. It mentioned that the government’s corruption, the number of scandals is increasing at the rate of public problems, but the fascist corrupt gang in power is committed to political revenge and is busy fabricating false statements, while looking the country with both hands at the same time..

The meeting paid homage to the party’s solidarity, unity and full-fledged political and historical struggle. It reiterated that under the leadership of PMLN Quaid Muhammad Nawaz Sharif, this struggle will continue till the goal of supremacy of the constitution, the dignity and sanctity of the vote and the rule of law in the country and no sacrifice will be spared in this regard. ۔ The meeting paid tributes to the spirit, ideological loyalty, sacrifices and determination of the party leaders, workers, supporters, officials and MPs.

The meeting appreciated the full participation of PML-N in the PDM meetings and appreciated the efforts, passions and active role of all officials, officials, administrators and workers at the federal, provincial, divisional and district levels and paid tribute to them. Offers compliments The meeting declared that all those who took part in this historic struggle are the capital of the country and the nation and a valuable asset of the party.

The meeting also appreciated the party’s individual struggle, ideal unity, co-operation and organizational activity and expressed its determination to play its full role in the decisive steps and movement for the overthrow of the present anti-people, oppressive, vote-stealing government.

The congregation highlighted the aims and objectives of the PDM movement, highlighting the problems of the people, enhancing the effectiveness of the party’s statement across the country, accelerating the party’s political process, and introducing the entire party as a collective force. The PMLN appreciated the role of every individual and congratulated them over their success in leading the country out of the grasp of the imposed regime. It lauded PMLN Vice President Maryum Nawaz and her relentless and fearless struggle saying she is now the daughter of the entire nation, not just of Nawaz Sharif and Shehbaz Sharif. The party expressed pride in Maryam Nawaz and acknowledged her becoming a valuable asset to the party.

The meeting declared that time and circumstances have proved once again that Muhammad Nawaz Sharif is a true, upright, constitution, democratic and loyal leader of the people who paved the way for Pakistan’s economic sovereignty by rebuilding the devastated economy. It reminded that Nawaz saved the people from inflation, unemployment and despair. Eliminated load shedding and overcame the energy crisis, installed 14,000 MW of electricity capacity, built cheap power plants, including nuclear power plants, conducted nuclear tests despite international pressure, equipped the country with JF-17 Thunder aircraft, eliminated terrorism and defended the country. It said Nawaz played a historic role in making the country strong and invincible, took concrete and bold steps to bring the country out of the law and order crisis it was in and increased Pakistan’s prestige on the foreign front. The PMLN remembered Nawaz’s wise strategy that led to historic progress in the trust, closeness and mutual cooperation of Pakistan’s friends. It pointed out how his bold expression of the aspirations and wishes of the people of Pakistan and Kashmir on the Jammu and Kashmir dispute strengthened Pakistan’s global push for freedom of Indian Occupied Kashmir. Muhammad Nawaz Sharif is also the inceptor of the historic CPEC project that has the potential to change the destiny of the region and Pakistan.

The meeting regretted that in spite of all these historic steps, sincere and honest national and public services, Muhammad Nawaz Sharif, Shahbaz Sharif and their associates were subjected to a deliberate plan of unjust imprisonment, trial and persecution. It stressed that, the nation is asking the question why Pakistan was punished by using institutions against the leadership that led Pakistan to becoming a strong, stable, prosperous and prosperous state. What did Pakistan and its people get out of it? Who is responsible and will be punished for the damage done to the country and the nation as a result of this serious act? Today, the nation is right to question that by targeting Muhammad Nawaz Sharif and his competent and honest team, Pakistan has in fact been targeted, the country and the nation are suffering the dire consequences of which today.
This entire political victimization and persecution spree has actually helped the enemies of Pakistan, it noted.