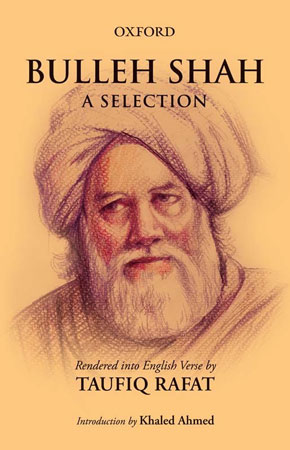 Pakistan is born out of the womb of formerly colonized country and so is the inheritor of colonial legacy in multiple dimensions.

This heritage is normally termed as postcolonialism and its manifestation in literature produced thereafter is called postcolonial literature. As such Pakistani literature in English is a continuity of postcolonial theory and literature. Since 1947, and beyond that, many writers including Ahmed Ali, Mumtaz Shahnawaz have been voicing their opinion, especially with reference to Indo-Pak struggle for independence and as such have been vocalizing the socio-political scenario developed over time and Toufiq Rafat, the brilliant poet of Pakistan, is no exception.

?Toufiq Rafat is one of the Pakistani writers in English who make Pakistani literature in English represent indigenous people represent to the global audience in the postcolonial context. Pakistan was born out of the womb British colonialism as a result of the Pakistan movement struggle by the Muslims of Indo-Pak subcontinent. It is the British colonial legacy that the Pakistani nation of writers have inherited. Pakistani writers are, therefore, part of the international comity of the postcolonial writers with their unique tastes, smells and people of their particular areas. Poetry by Toufique Rafat can be taken as Pakistani poetry as a part of Pakistani postcolonial literature in English.

Toufique Rafat employs simple Pakistani idiom in his language of poetry. While the reader is going through the poems of Rafat, the feeling of listening to the Pakistani folks is visibly available. His language is the language of communication in the common idiom of Pakistani people and the thought flows fluently to impact the reader enticingly. One feels lost in the words and phrases and idioms employed in the poems. Most of the time, it is easy and natural in its quality of communication.

Toufique Rafat employs simple Pakistani idiom in his language of poetry. While the reader is going through the poems of Rafat, the feeling of listening to the Pakistani folks is visibly available. His language is the language of communication in the common idiom of Pakistani people and the thought flows fluently to impact the reader enticingly. One feels lost in the words and phrases and idioms employed in the poems

Mysticism and Sufism is the part and parcel of the religious life of people in South Asia and it is deeply connected with the people of Pakistan because of the devoted services of many a Darvish in area termed Pakistan. The land of Pakistan is studded with the presence of such holy persons. The poetry by Rafat is reflective of this. He reflects mysticism in his poems like This blade of Grass, Wedding in the flood and Arrival of the Monsoon. This is the presence and dominance of a superior power who seems determining the fates and conduct of the life of human beings.

Not only is there Pakistani idiom but also Pakistani symbolism which is the very essence of the Poetry by Rafat. For example, the presence of ecstatic feeling of the Darvesh in the shape of the leaf of grass, palki and rain with the wedding party and the water dripping trees in Monsoon rain with the struggling flights of the birds. These symbols again help the reader understand the Pakistani culture and the ways of life and traditions of the people of Pakistan. These symbols can be interpreted at the universal level as well but the real beauty of Rafat’s poetry can be enjoyed when these are seen in the Pakistani context.

This Blade of Grass is a very small poem of just a few lines carrying the message of the poet in a very forceful manner. The poem becomes representative of all small things of life which if used with caution and love, become saintly support for the people and if careless and ignorance is used, these may be harmful as well. This poem reflects the cutting-edge power of the beauty of nature and invites the people to engage with it vigorously in order to get a full relish of life.

The same is the case with the dominance of nature and destiny in the poem Wedding in the Flood. The poem apparently discusses the scene of marriage party on its return to the Bridegroom’s home and talks about the usual matters related to life. for example, the worries of the Parents of the girl and the wishes of the Groom as well as his father. But the whole scene becomes a matter of destiny and its dominance on human life when the heavy rain fails to stop. The party of human being struggles to pass through the flooded river but fails to reach the safer shores as the boat collapses in the water and the human beings become helpless against the power of nature.

The similar power of nature is reflected in the poem Arrival of the Monsoon where the simple village life is turned into a full turbulence when the Monsoon wind and clouds visit this part of earth. It not only brings relief and happiness on the tired faces of the people because of the heat of plains of the Punjab but also causes stir in the life of nature. For example, the Birds in the air need extra effort to keep themselves steady, the clothe line feels its impact, the trees move and the rain causes human life take a different angle., the children become representatives of Wordsworth’s careless childhood making even the trees drip the rain.

?In short, Toufiq Rafat and his poetry is living Pakistan unfolding itself out of the layers of Pakistani life linguistically as well as culturally. The language, idiom, symbols and the technique of communicating message across the global readership makes it postcolonial Pakistani literature in its essence.