A definitive result on the next U.S. president may still be elusive, but two days after Election Day, investors are back in ‘buy-everything’ mode – counting on Republicans keeping control of the Senate and limiting regulatory change as well as on full central bank support. 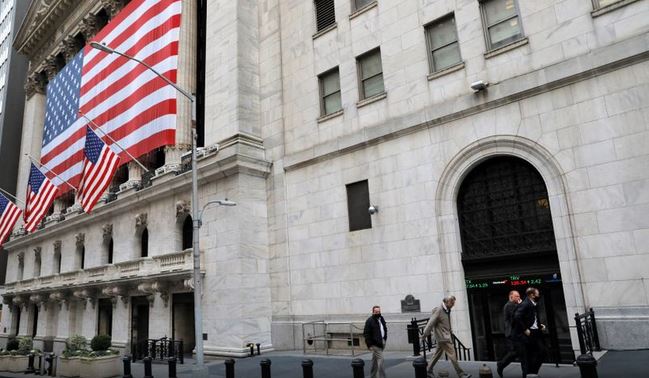 Equities spurted ahead with the S&P 500 up 4.2% since the close on Tuesday and about 2% below a record high close, while the Nasdaq is just 1.4% off its record.

Some analysts forecast that the rally would keep going, especially if bond yields, which dramatically reversed post-Election Day, stay low.

“There is ample room for a 10% further rally assuming bond yields and earnings prospects remain where they are,” Michael Purves, chief executive of Tallbacken Capital Advisors, said in an email.

Democratic challenger Joe Biden edged closer to victory over Donald Trump in the battle for the U.S. presidency, and there was little sign of panic about the possibility of a contested result that may end up in the courts.

Disappointment over massive stimulus appears to have been replaced by relief that without a Democratic sweep of Congress and the White House, potential gridlock between a Biden administration and a Republican Senate would scupper any plans to tighten the screws on large corporations, particularly in the technology sector.

A final call on control of the Senate could be up in the air until January.

“The market kind of latched on to this idea that they think they know what the Senate outcome is going to be,” said Walter Todd, chief investment officer at Greenwood Capital in Greenwood, South Carolina. “That made the debate about the president somewhat less important.”

Todd noted that “you saw lot of money come out of the market to the sidelines ahead of the election” and it was now flowing back.

At the same time, some investors held out hope that even more limited fiscal support could benefit other sectors, such as materials and industrials, whose shares rallied on Thursday. Shares in renewable energy – for which Biden has pledged large investment – also surged, reversing steep declines from Wednesday.

“It should not be ignored that even more moderate policy would also be positive for industrials and cyclical recovery plays,” said Arnim Holzer, macro and correlation defense strategist at EAB Investment Group in Philadelphia.

The market gyrations of the past 36 hours represent some position unwinding, given the tighter-than-expected race, investors said. But with the U.S. and global backdrop one of abundant liquidity and rock-bottom bond yields, flows into equities and company debt are likely to continue.

That is especially so for the mega-tech firms – shares in Apple, Amazon and Alphabet extended Wednesday’s rally.

For Jonathan Bell, chief investment officer at Stanhope Capital, the outcome was the best of both worlds.

“Biden being elected increases the chances of a fiscal stimulus deal, but (with a Republican Senate) it also reduces the ability for him to push through significant (tax increases) or policies that might constrain the likes of Amazon and Apple,” Bell said.

“Tech seems to be thinking that the disruptors, most of which are anti-trust regulations, will not be significant and that the Senate will be able to prevent it.”

The election has done little to alter the broadly positive investment backdrop, Saint-Georges said, adding: “Moving from Trump to Biden looks like a revolution but in market terms it may not be that significant.”