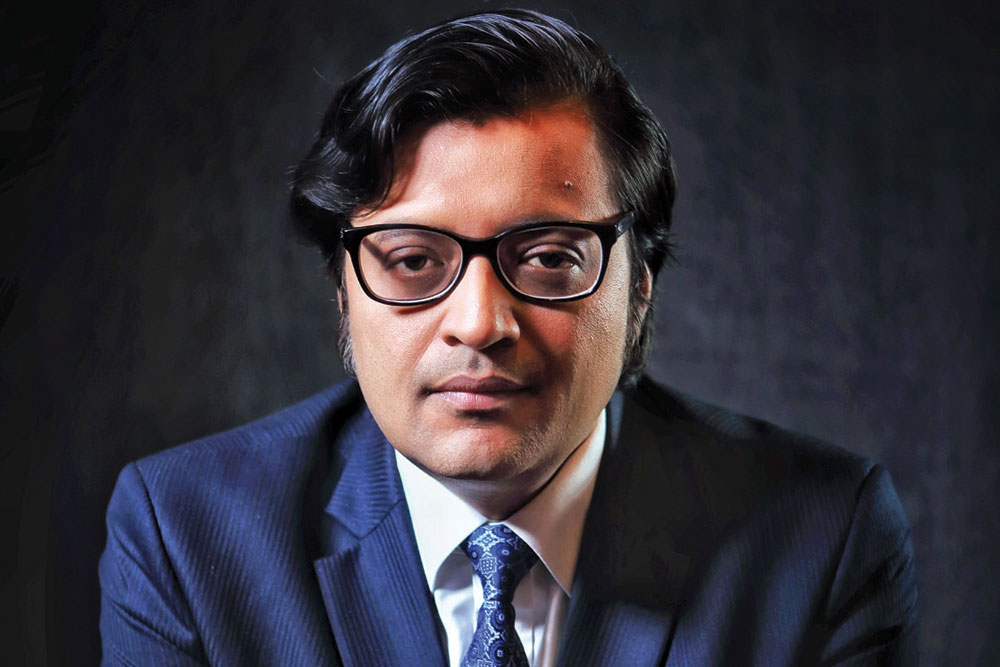 NEW DELHI: Indian police on Wednesday said they arrested a firebrand television news anchor and charged him with abetment to suicide in connection with the 2018 deaths of an interior designer and the designer’s mother.

Senior Mumbai police officer Sanjay Mohite said the charges against Republic TV founder Arnab Goswami are linked to the deaths of interior designer Anvay Naik and his mother, which police determined to be suicide.

A suicide note found by the police and determined to have been written by Naik said he took his life because Goswami and two others owed him a huge sum of money and had refused to pay it back.

Goswami has denied the allegation.

Goswami is known for aggressively backing up Prime Minister Narendra Modi and his nationalist policies during his nightly shows, often shouting down opponents. Critics have accused Republic TV of pandering to Modi’s agenda at a time when other media channels say press freedom is under threat.

Republic TV in a statement called Goswami’s arrest a “black day of India’s democracy” and alleged he was physically assaulted by the police. His channel showed a video of Goswami being forced into a police van by the officers outside his residence in Mumbai.

“Blatant misuse of state power against Republic TV & Arnab Goswami is an attack on individual freedom and the 4th pillar of democracy,” tweeted India’s powerful Home Minister Amit Shah. “This attack on [the] free press must be and WILL BE OPPOSED.”

Railway Minister, Piyush Goyal, called his arrest a “fascist move” and “a sign of [an] undeclared emergency.”

“We must all stand up against this attack on India’s democracy,” Goyal tweeted.

Another senior minister from the ruling party, Smriti Irani, tweeted: “You may not like him, you may not approve of him, you may despise his very existence but if you stay silent you support suppression.”

The Editors Guild of India, which represents the country’s newspapers, condemned Goswami’s arrest. In a statement, it called upon authorities to “ensure that Goswami is treated fairly and state power is not used against critical reporting by the media.”

Goswami is not new to controversies.

Goswami has been charged in two other cases with inciting communal tensions and promoting hatred between religious groups. He has denied the charges.

In October, Mumbai police also accused Republic TV of rigging the rating system, a major factor in what a channel can charge advertisers. Goswami and his channel have denied the charges.

Over the last few months, he has run a wall-to-wall coverage against the Mumbai police and accused them of mishandling an investigation into the death of Sushant Singh Rajput, a popular Bollywood actor.