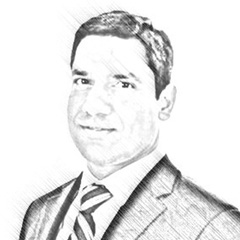 Pakistan’s struggle to remove itself from the list of Jurisdictions under increased monitoring is yet to end. We as a nation witnessed this bizarre news when president of the Financial Action Task Force (FATF) announced that Pakistanwill remain in the grey list till February 2021 and urged Pakistan to swiftly complete its full action plan by February 2021. However, he (the president) recognizes that Pakistan made progress on numerouspoints and largely addressed 21 out of 27 actions items.

As we all know that Pakistan’s name was placed on the list of jurisdictions under increased monitoring due to non-compliance with terrorist financing regulationson the motion pushed by USA and joined by the India. The main allegationslevelled against Pakistan were support to Islamic militants and failure to take actions against the culprits of Bombay attacks that killed several people.

In result of the motion, in June 2018, Pakistan agreed with FATF to implement its ten-point agenda to overcome strategic deficiencies with reference to Anti-Money laundering and Combating financing of terrorism (AML-CFT). During that time, Pakistan made significant progress, drafted laws and introduced various regulations to comply with the FATF mandates. However, our progress with reference to technical compliance and its effectiveness was rated poor by the watchdog. In the recent assessment, as per consolidated rating assigned to us, Pakistan was fully compliant of only two recommendations, partially compliant of twenty-five whereas largely and non-compliant of nine and four recommendations respectively.

Normally, any jurisdiction that enters the International Co-operation Review Group (ICRG) has one-year observation period to work with FATF regional organ to address the deficiencies before public identification and formal review by the FATF. In Pakistan’s case, FATF informed about Pakistan’s strategic deficiencies and their consequences in 2016 and the same were duly communicated to the Law enforcement agencies (LEAs) by the civil Government. We were supposed to overcome those deficiencies by 2017 so that we could avoid being named as non-cooperative state. But unfortunately, our civil and military leadership was not on the so-called same page and their internal conflictsbrought this embarrassment which we collectively experienced as a nation.

Apart from the internal rift of LEAs with previous civil Government, what stops the current Government to comply with FATF mandates, when both military leadership and the government is on the same page. Unfortunately, we are still using conventional approach to satisfy the world when it comes to action against proscribed organization and targeted individuals. Our measureswith reference terrorist related activities are not appealing to international community. Therefore, despite lapse of almost thirty-four months,our narrative could not impress the global watchdog and its members states so that we could be considered as responsible state.

Even after plenary meeting, FATF press release highlighted that remaining six action items relate to terrorists, their activities, financing investigations, execution, generation of funds through non-profit organization and their movement. Though we have arrested some individuals and listed their organization in fourth schedule of the constitution, however, legal proceedings against them are yet to be initiated, which at one hand create doubts in the mind of international community and on the other hand shows lack of determination to address these serious issues. Moreover, FATF press briefing specifically highlighted that we have to implement U.N resolution 1267 and 1373, which requiretargeted sanctions as well as criminalization of terrorist financing, ensuring border security and actions against arms trafficking, freezing of terrorist assets without delay, effective regulations of Money or value transfer services to stop hawala transactions, effective control on cash couriers, checks on raising funds through non-profit organization etc.

Moreover, comparison of Mutual Evaluation Report 2019 and Follow- up Report 2020 both published by the Asia Pacific Group to assess our compliance level with a gap of one year and noted no major changes in complying with FATF recommendations. It shows that during last one year we did not make enough progress to address this issue. Both reports highlights that we are non-compliant of FATF recommendations, 22, 25, 28, and 38. These recommendations relates to Designated Non-Financial Businesses and Professions (DNFBPs) customer due diligence, Transparency and beneficial ownership of legal arrangements, Regulation and supervision of DNFBPs, Mutual legal assistance including freezing and confiscation. However, to address the compliance of these regulations, FATF requires that a risk-based approach would be applied by the countries, competent authorities, financial institutions to identify, assess, and understand the AML-CFT risks to which they are exposed and should take appropriate measures to mitigate those risks according to their levels. However, newly drafted legislation negates this principle and assigned powers to those institutions and professional bodies which are considered high risk with regards to AML-CFT.

Our Orthodox and archaic approach to address domestic and global issues is not corroborating with global standards. Pakistan’s declining trends in each sector at one hand impacting the life of its citizens and on the other side creating unrest and political instability in the country. Our person specific legislation for trivial political gains is not only undermining Pakistan’s credibility but also failing us at international forums. Let’s prioritize our national interests over our personal political gains and try to address all these issues as one nation.

The writer is a corporate lawyer based in the USA and a subject matter expert in White Collar Crimes and Sanctions Compliance. He has written several books on corporate and taxation lawsof Pakistan. abdulrauff@hotmail.com