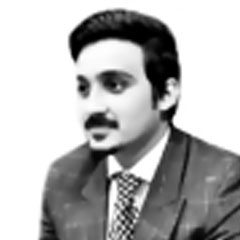 COVID-19 is still around and , for a foreseeable future, will be. Economies, that were devastated, now buckle up for a second wave -expect more stimulus packages. The global economic recovery has at its best stalled, plateaued – expect another sell off. Google Mobility Data remains the same over weeks, suggesting no activity as people still opt to stay indoors (which in a way have been a boon for online shopping and video conference applications). But recently some interesting news have come out of the country from where this epidemic originated – China. A steady show of resilience by China in the face of crisis and its progress in technology can have profound effects on the political climate of the world.

Few months back one could see alarming estimates regarding the country’s economy while some even opined that it will enter a recession. However, in July 2020, China evaded falling into what is called a “technical recession”. Ever since, most of the economic data coming out from China suggests either recovery or a halt in decline. In fact recently, Chinese economy grew by an impressive 4.9 percent placing itself on the top in terms of economic gain. The improvement is also reflected in trade figures as exports grew by 9.9 percent and imports at 13.2 percent. Not only this but according to a report by Mckinseydomestic travel is reaching pre-pandemic levels with number of flights and occupancy rates of hotels regaining almost 90 percent of 2019 levels.

The most important development that merits more discussion and attention than is being given, is the fact that according to Purchasing Power Parity – one of the yardsticks to measure GDP (other one being Market Exchange Rate) – China’s economy is now one-sixth larger than that of the U.S. i.e $24 trillion vs. $20 trillion. This PPP has been endorsed by both IMF and CIA as being a better indicator to measure growth than MER. Also, in an ironic development when juxtaposed with the on-going economic scrum between two largest economies , China’s first ever bond offering to the U.S. was a huge success with a whopping $27 billion of orders by U.S. investors.

With more than a 30 times rise in income on per capita basis and adding 10 years in life expectancy (since 1984), the country continues offers a hundred reasons for one to learn and be amazed

While these are only economic indicators, a deeper observation reveals much about the status of the country in today’s world. Firstly, the growth in trade and economy reflects the strength of the country’s economic system and infrastructure. Yes, one may (many will) debate about the ideological basis of their models and the “way” matters are addressed. However, one trait that is incontrovertible is, as Arthur Kroeber in his book China’s Economy says, the “pragmatism” of their development model continues to show results – in many cases performing better than that of others.

Secondly, that China has overtaken U.S. economy and has replaced U.S. as the largest trading partner for most of the big trading nations; that investors pounced to get Chinese bonds, that it has surpassed U.S. for Science Papers and is now at par in many other significant aspects (fifth generation telecommunication network, biotechnology etc), are all indicators that we are seeing a counter part to U.S. in the Eastern hemisphere. If U.S. is a hegemon; China is the counter to it – both “benign” ones?

Thirdly, this economic consolidation and diplomatic prowess (that comes with it) of China can only tighten the Thucydides Trap that has its noose already on both of them. Matters on the technological front are already quite serious. Tariffs are on hold but only temporarily. There are internal issues too that China should move to resolve: tensions in Hong- Kong and its notorious track record against Uighurs.

However, all of us need to be clear now of the internal, external, biases that made us believe that a country following its own version of Neo/Pseudo Capitalism with an odd but idiosyncratic mix of Socialism/Communism will not succeed – it already has and that too in exceptional ways! China has a balance of payments surplus, about half of the IPO’s in the world will be in China.

With more than a 30 times rise in income on per capita basis and adding 10 years in life expectancy (since 1984), the country continues offers a hundred reasons for one to learn and be amazed (at least for me). Compared to 1 percent in 2015, foreigners can now access 60 percent of its market, the fundamentals there remain strong (if you don’t believe me, then you may do so when Ray Diallo says it).

Once again, China has risen winning over what could have been a steep decline in economy, debilitated health-care system and a faltering domestic demand! But what has eventuated in fact, is the complete opposite. While such a progress is laudable the headwinds are still there. All this being said, China will be the “new land of opportunities” in the coming future and will exercise the same attraction – at least in economic terms – as U.S. I have been saying this from past few years and will continue to emphasize. We need to start learning about the country; know more about its history because that is the key to understanding some of the seemingly authoritarian, odd, and anti-western values, lies in their 3,000 years old rich history.

Such a change in China’s status both regionally and internationally will have profound effects for Pakistan’s foreign policy and geopolitical power. We need to continue to work to bolster our relationship with China. How and why? To that we will turn to in the next article.