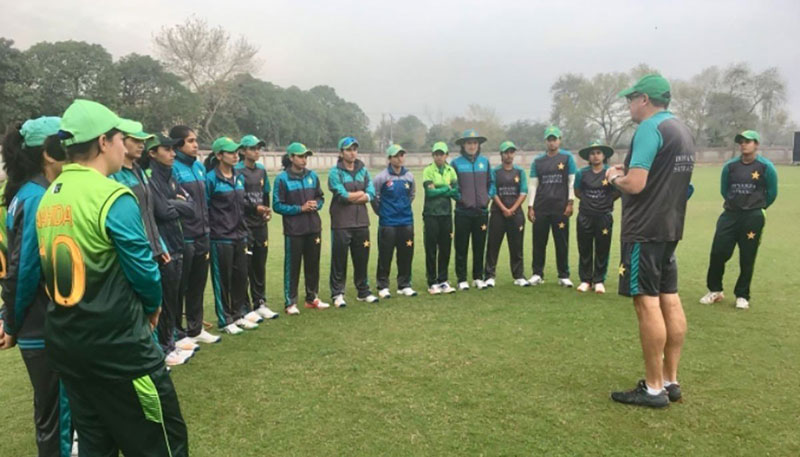 KARACHI: All 27 women cricketers on Saturday (today) will begin their training at Karachi’s Hanif Mohammad High-Performance Center. The players and support staff gathered from their respective cities here on Friday after being tested negative for the Covid-19 and checked-in at a local hotel where they all were tested for a second time. Until then, players will remain in isolation individually. Once tested negative, the players will regroup in a bio-secure bubble. During the camp, the players and player support personnel will undergo a third round of testing to ensure their health and safety. Training will kick off with Azam Khan and Kamran Hussain coaching the cricketers in absence of newly appointed head coach David Hemp. Hemp is scheduled to arrive in Lahore on October 18 and is likely to join the camp in Karachi on the 21st for the last phase of the camp.