The city has witnessed record 83 police shootouts in the first nine months of this year which has marked the ever-high number in the history of Faisalabad. The last year saw 19 police shootouts during the same period.

Despite the record number of encounters, criminals are ruling the roost with 40 to 45 reported incidents of theft, robbery, and others on a daily basis.

Punjab Police officials had sought reports from police district police heads, including Faisalabad, regarding shootouts from January 2020 to September 2020; the number of robbers killed, accused injured, and escaped.

According to a report sent by Faisalabad police to Punjab police officials from January 2020 to September 2020, 83 police shootouts took place. According to the report, a total of 186 accused were involved in 83 alleged police shootouts. Out of which, 30 accused were killed and 39 sustained injuries. As many as 94 alleged criminals were arrested in these shootouts. While the police failed to arrest the 92 accused so that search operation is on.

According to police sources, despite record police encounters, the crime rate in Faisalabad is on the rise. The police are reporting 40 to 45 incidents on a daily basis including theft, robbery, and others while there are many incidents that are not reported yet to the police.

SECURITY: The district administration has made comprehensive security and administrative measures regarding Chehlum Muharram and for the success of which the cooperation of ulema of all sects was essential. This was stated by Deputy Commissioner Muhammad Ali while addressing a meeting of the District Peace Committee. He said that the efforts of the scholars of all schools of thought in establishing peace and religious harmony were commendable as they showed exemplary cooperation during Muharram which resulted in maintaining peace and tranquility. Expressing gratitude, he said that on the occasion of Chehlum Hazrat Imam Hussain (AS) while maintaining their glorious traditions, they should play their active role in promoting religious harmony, tolerance and brotherhood so that there would be no disturbance or obstacle in the way of peace. He said that maintaining peace in the district was the top priority in which no one would be allowed to interfere and any possible issue would be resolved amicably with the help of members of the peace committee. 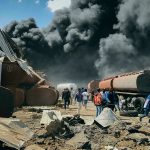